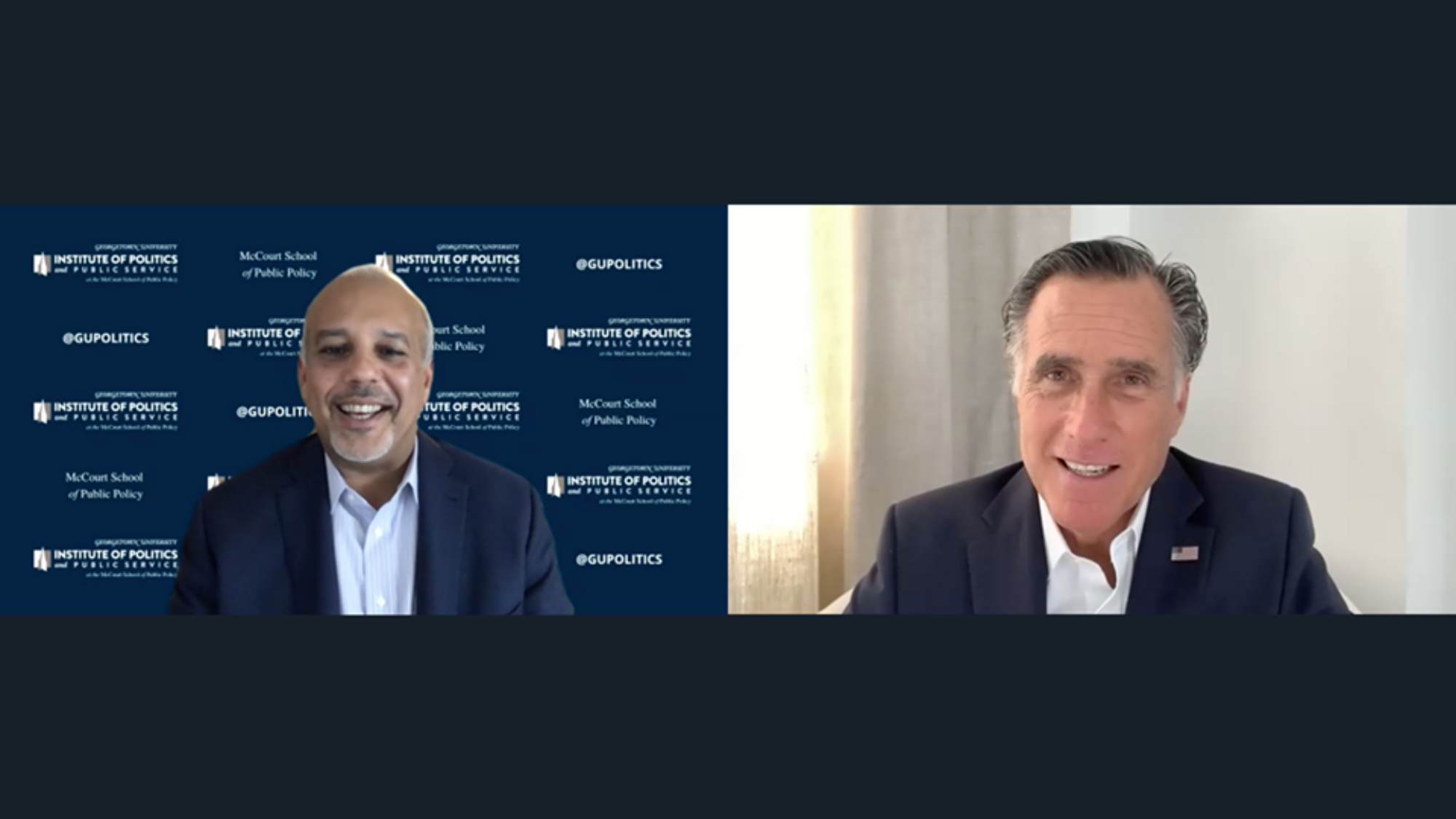 In a digital forum with Mo Elleithee (SFS ’94) and Georgetown students, Romney spoke on how the United States is responding to the coronavirus pandemic. Emphasizing the mutual roles of globalization, waning American leadership, and the Trump administration’s ineptitude, he expressed concern over the challenges of the global health crisis and responses to it. “I think the world was a bit surprised by [America’s response] because they think of us as being the nation that first went to the moon, that has accomplished extraordinary things in the new economy, and yet when it came to PPE, when it came to testing and just the speed of our response, it looked slow.”

As well, Romney emphasized growing discord with China between our overreliance on Chinese manufacturers and the disparity in the rules and norms followed by our two countries. Ultimately optimistic about national ingenuity and economic potential, he predicted that Trump would win reelection and the world would come out stronger and more united in the aftermath of the pandemic.