A group of ten Georgetown students had the unique opportunity to get behind the scenes at the Republican National Convention in Cleveland, Ohio. These Convention Ambassadors, along with GU Politics Executive Director Mo Elleithee, spent six days at the convention meeting with party officials, strategists, journalists and politicians to get an all-encompassing view of the convention process, and the dynamics at play behind it. 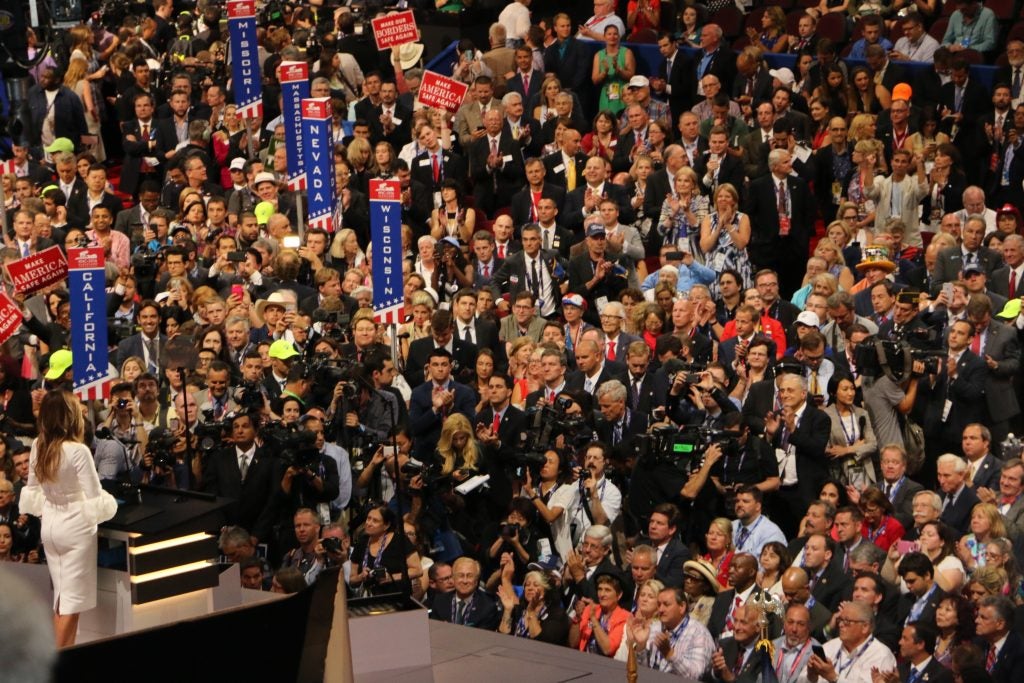 After arriving in Cleveland and setting up in rooms at Baldwin-Wallace University, Georgetown’s Convention Ambassadors set out to the convention hall to meet For much of the convention, they split into two groups of five: one with POLITICO and the other with the RNC Communications team. This allowed them the unique opportunity to act as interns working different angles of the convention.

Students chatted with a number of journalists, including S.E. Cupp, Ben Ferguson, and Tom LoBianco – who worked earlier for the Indianapolis Star and has long experience covering Mike Pence. He offered a valuable long perspective on Pence and others. The theme of the second day was “Make America Safe Again” and convention speeches focused on foreign policy objectives, national security, and policing. 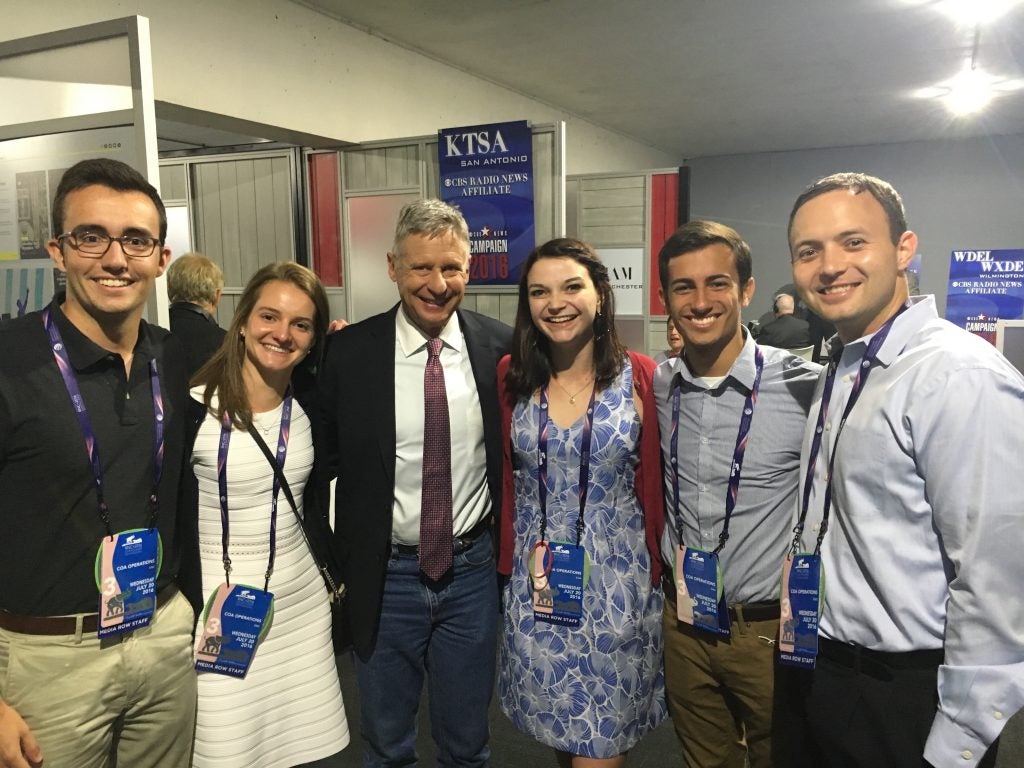 Similar to the GOP’s appearance in Philadelphia via Sean Spicer and Rudy Giuliani, Democrats put on a “counter-convention” and students met with DC Mayor Muriel Bowser and Dan Pfeiffer, former Senior Advisor to Obama. Continuing their short internships with POLITICO and the Communications team, the former helped staff an event with House Majority Leader Kevin McCarthy (R-CA) while the latter worked through roll call of the delegates list.

Later on, Elleithee was scheduled to speak on air with Fox News’ Megyn Kelly, and brought the Hoyas along to the studio. There, they saw the crew hard at work on a modern news broadcast and spoke with fellow guests Mike Huckabee, Karl Rove, and Herman Cain. On Day Five, the students had breakfast Eric Trump (MSB ’06) at the Trump campaign headquarters. At the convention’s “Media Row,” they spoke with Benny Johnson, Alex Skatell, and Sean Spicer; they even got a photo with Nigel Farage, former leader of the UK Independence Party. 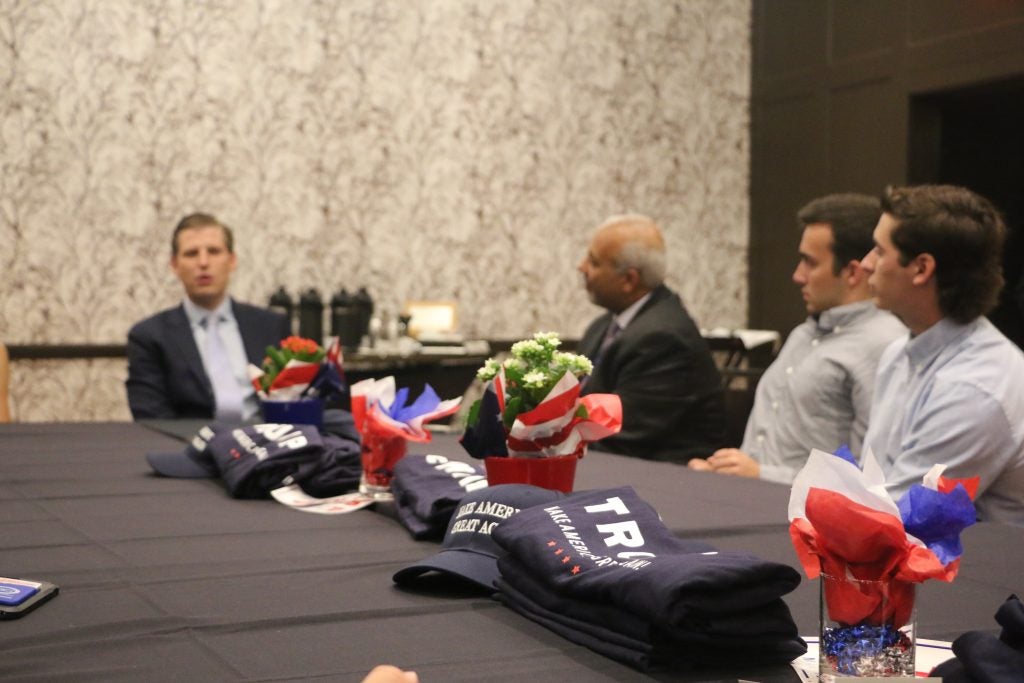 Over the trip to Cleveland, these ten students had incredible and unique opportunities to hear from major figures in the Republican Party. They watched Donald Trump accept the nomination, heard professional analysis on the future of America and the GOP both, and came back sharing some of their reflections that week.