A group of ten Georgetown students had the unique opportunity to get behind the scenes at the Democratic National Convention in Philadelphia, Pennsylvania. These Convention Ambassadors, along with GU Politics Executive Director Mo Elleithee, spent six days at the convention meeting with party officials, strategists, journalists and politicians to get an all-encompassing view of the convention process, and the dynamics at play behind it. 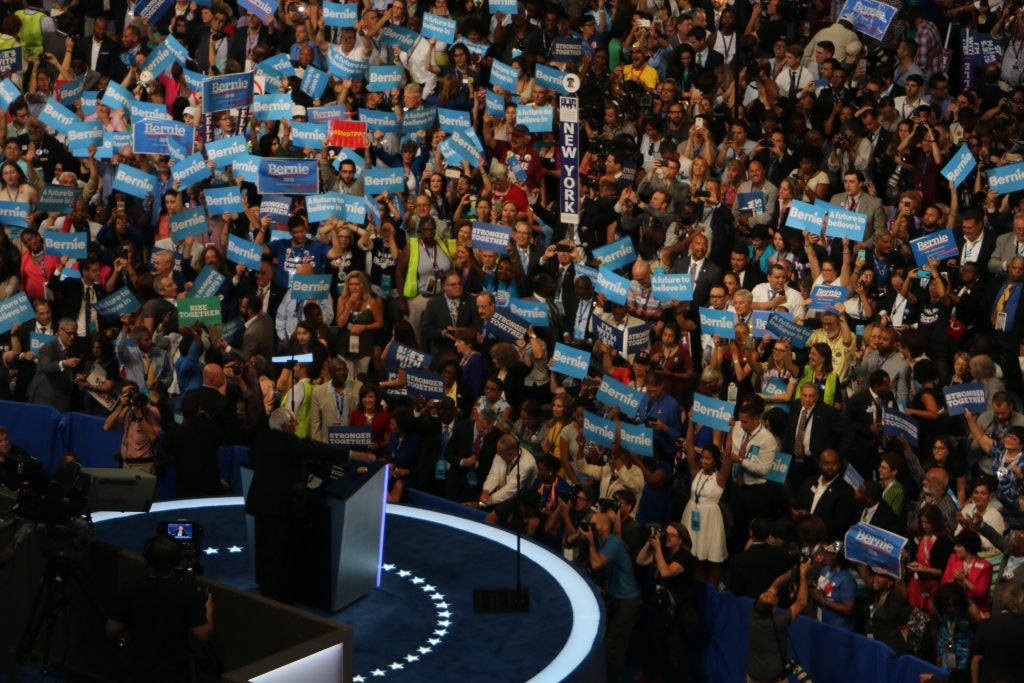 Starting out the morning, they had a surprise run-in with Trevor Noah, of The Daily Show. Later that day, after dinner and discussion on campaign strategy with Elleithee, they met with Lis Smith, Rebecca Katz, and Georgetown alum EJ Dionne. Wrapping up that first night, students met up with the peer delegations from UChicago and Harvard.

Students attended a Washington Post live event, talking with a team of journalists, and had lunch at the CNN Grill. At the convention proper, they had front-section seats for speeches from Michelle Obama, Senator Elizabeth Warren, and Senator Bernie Sanders. They also attended panel discussions with Ed Rendell, former Pennsylvania governor, and a group of four Congressmen on being young, change-making legislators. 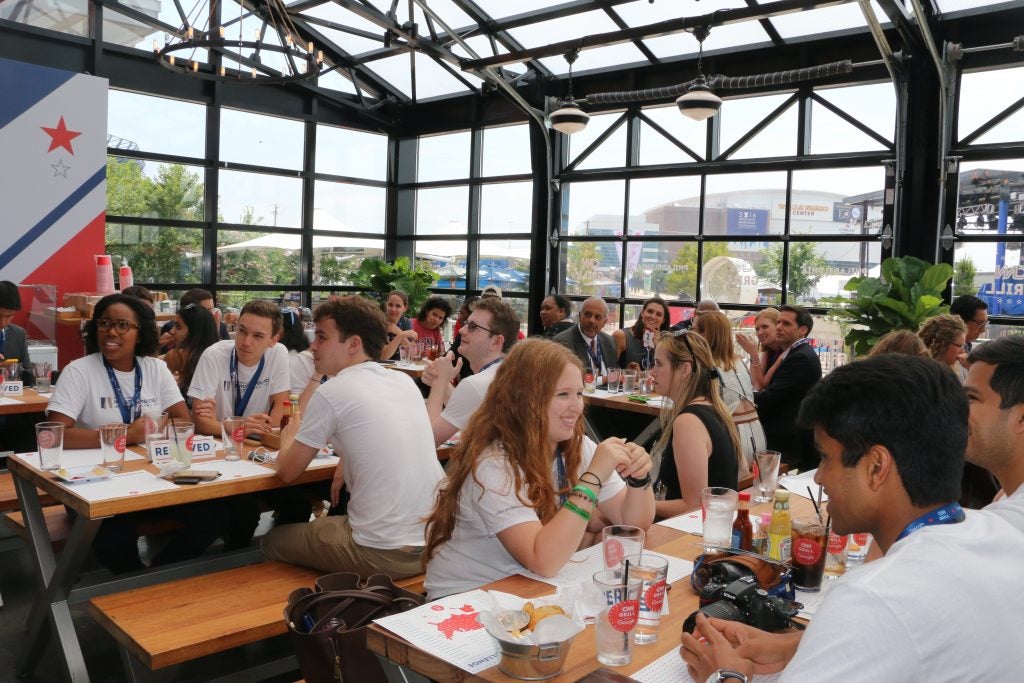 Ahead of a Bloomberg News event on Democratic plans for rebuilding American infrastructure, students started out day four at breakfast with Martin O’Malley, former Maryland governor and nominee during the primaries, where the conversation ranged from O’Malley’s predictions for the future to the outsider-insider dilemma in modern politics. Later they sat down with John Heilemann, the co-managing editor for Bloomberg Politics, who highlighted the four constant concerns of voters: empathy, foreign policy, strength, and the economy.

Beyond watching historic speeches and chatting with Congressman Swalwell, they found time to check out a special RNCat the DNC event with Sean Spicer and Rudy Giuliani. Wrapping up the final day, the Hoyas sat down with Cecile Richards, President of Planned Parenthood, who shared not only the role of Planned Parenthood specifically but how many essentially non-partisan organizations lobby for influence and recognition in the official Party platform. 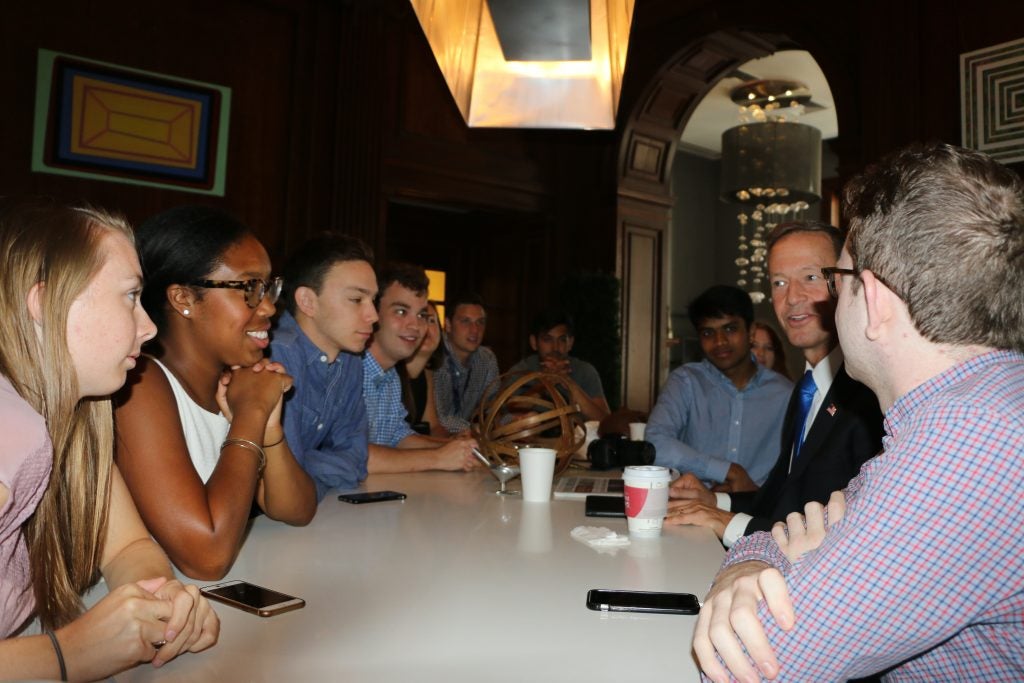 Over the trip to Philadelphia, these ten students had incredible and unique opportunities to hear from major figures in the Democratic Party. They experienced the convention up close, and shared some reflections looking back on that week.