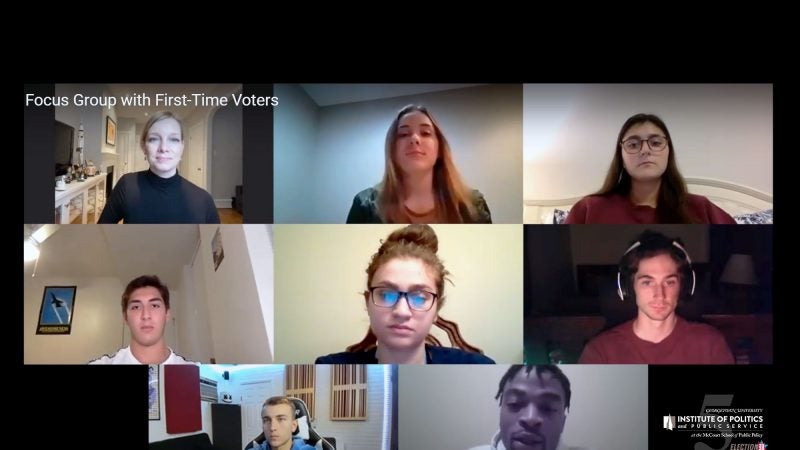 New voters took seriously their first participation in the democratic process, viewing it as an obligation even as they voiced some concerns about the process in a focus group conducted immediately following the 2020 election.

The young voters participating in the focus group generally found the voting process easy to navigate and believed it was the best way to make their voices heard. At the same time, several participants expressed concern that political corruption, a biased media ecosystem, and perceived inequity in the Electoral College system had the potential to negate their voice.

The focus group, held on Wednesday, November 4, was convened by the Institute of Politics and Public Service at Georgetown University’s McCourt School of Public Policy (GU Politics) to explore how young people who voted for the first time in the 2020 presidential election felt about voting and their first experience with democracy. The conversation was led by Kristen Soltis Anderson, co-founder of Echelon Insights and a nationally-recognized expert on the youth vote, and included a diverse mix of seven participants from across the country.

“I was really struck by how many of them, on the one hand, were willing to say ‘I’m not sure my individual vote is swinging an election. But that’s also not the point…. I’m not doing it because I think I’m going to be the deciding vote…. By casting my ballot, even if it’s not the make or break vote, it’s at least sending a message that I care,” observed Kristen Soltis Anderson in a post-focus group conversation with GU Politics Executive Director Mo Elleithee.

Beyond voting, most of the participants expressed general satisfaction with democracy, even as they felt that perceived flaws in the system could work against their views and those of their generation.

Other major findings from the hour-long session included:

The project was conducted in partnership with the impact network and media platform Unfinished. 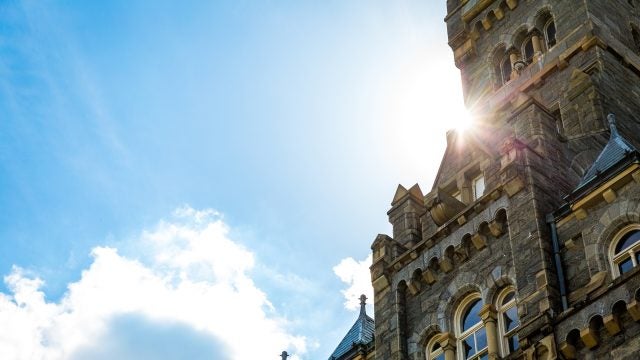 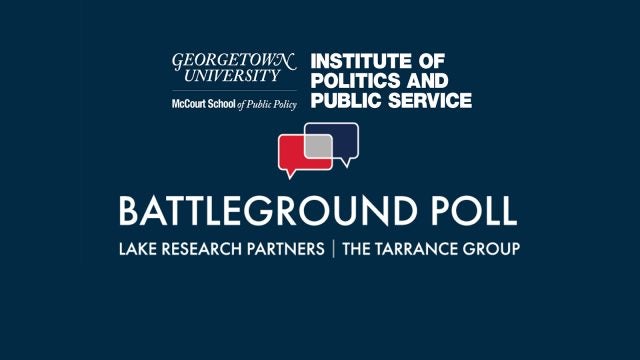 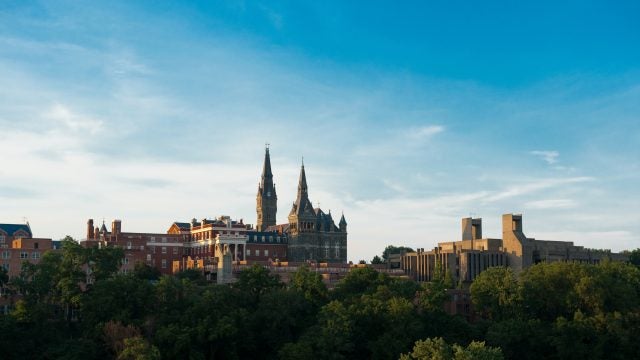