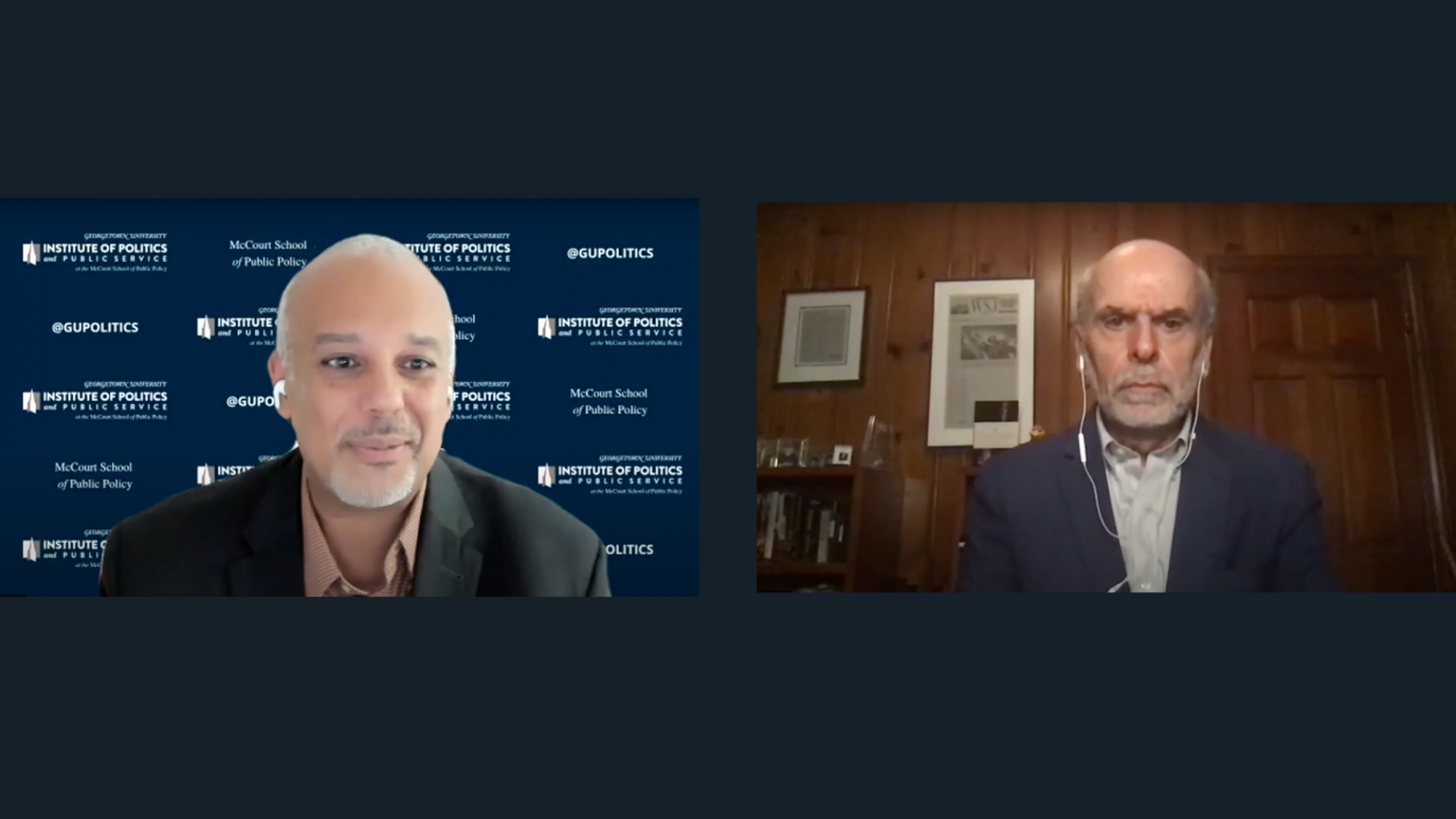 On September 15th, Gerald Seib, Executive Washington Editor for The Wall Street Journal, joined GU Politics to discuss his new book “We Should Have Seen It Coming: From Reagan to Trump–A Front-Row Seat to a Political Revolution.”

Seib’s book discusses political trends that began during the Reagan era and created an environment which enabled Donald Trump to win the Republican nomination and the Presidency. He identifies Reagan’s 1980 Presidential victory as the beginning of the modern conservative movement which focused primarily on social issues.

During the conversation, GU Politics Executive Director Mo Elleithee noted that Democrats have also seen outsider candidates in the form of Bill Clinton and Jimmy Carter, as well as more radical movements such as Occupy Wall Street. Seib concurred, offering that while Bernie Sanders likely would not have gotten any traction in the Democratic Party ten, certainly twenty years ago, by 2020 he was the leading candidate for the Democratic presidential nomination. This trend runs parallel to the GOP populist movement that led to the rise of Trump. 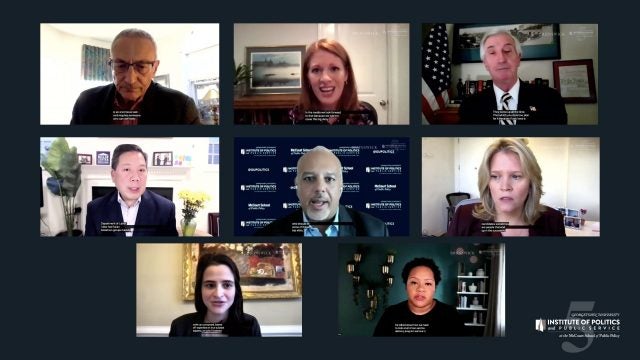 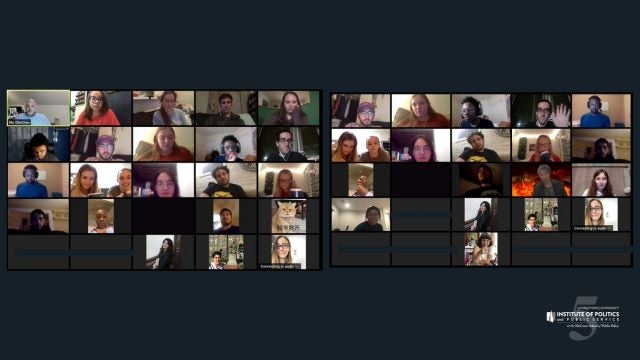 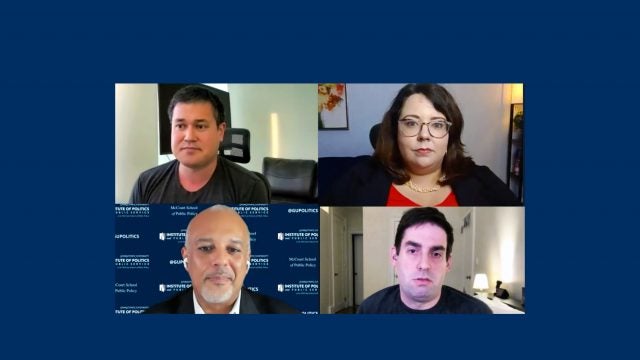