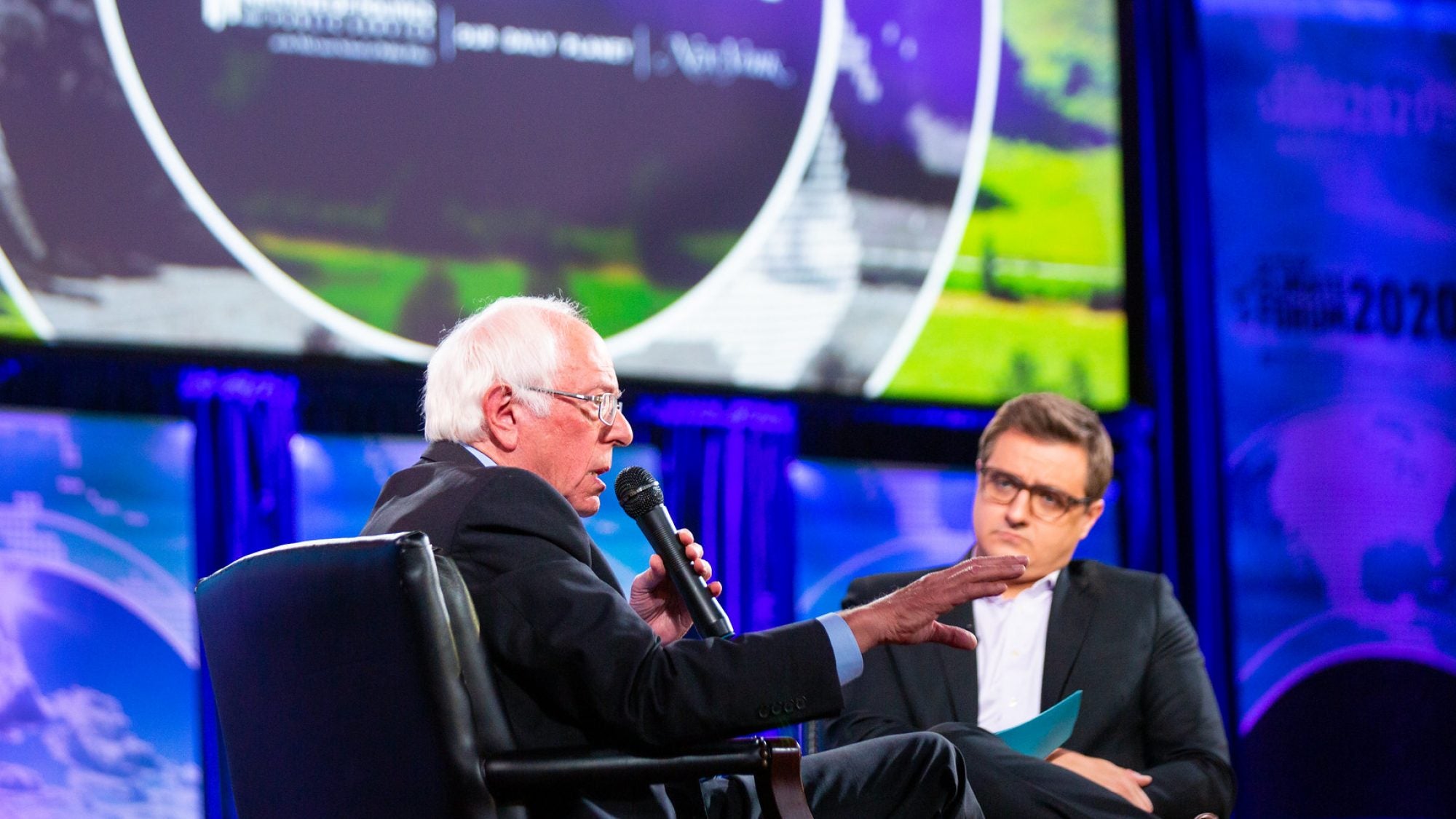 On September 19th and 20th, 2019, GU Politics hosted candidates for the Democratic presidential nomination in Gaston Hall for a forum of environmental policy and climate change.

Though there was general consensus on climate change as a pressing issue and the Trump administration’s shortcomings, views split on topics like carbon capture proposals and nuclear energy. The two-day event was moderated by MSNBC’s Ali Velshi and Chris Hayes.

Behind the scenes, some students got face-time with the candidates while others were interviewed by the news media for their thoughts on how the forum was going and who presented the best plan.

Check out each candidate’s segment below. 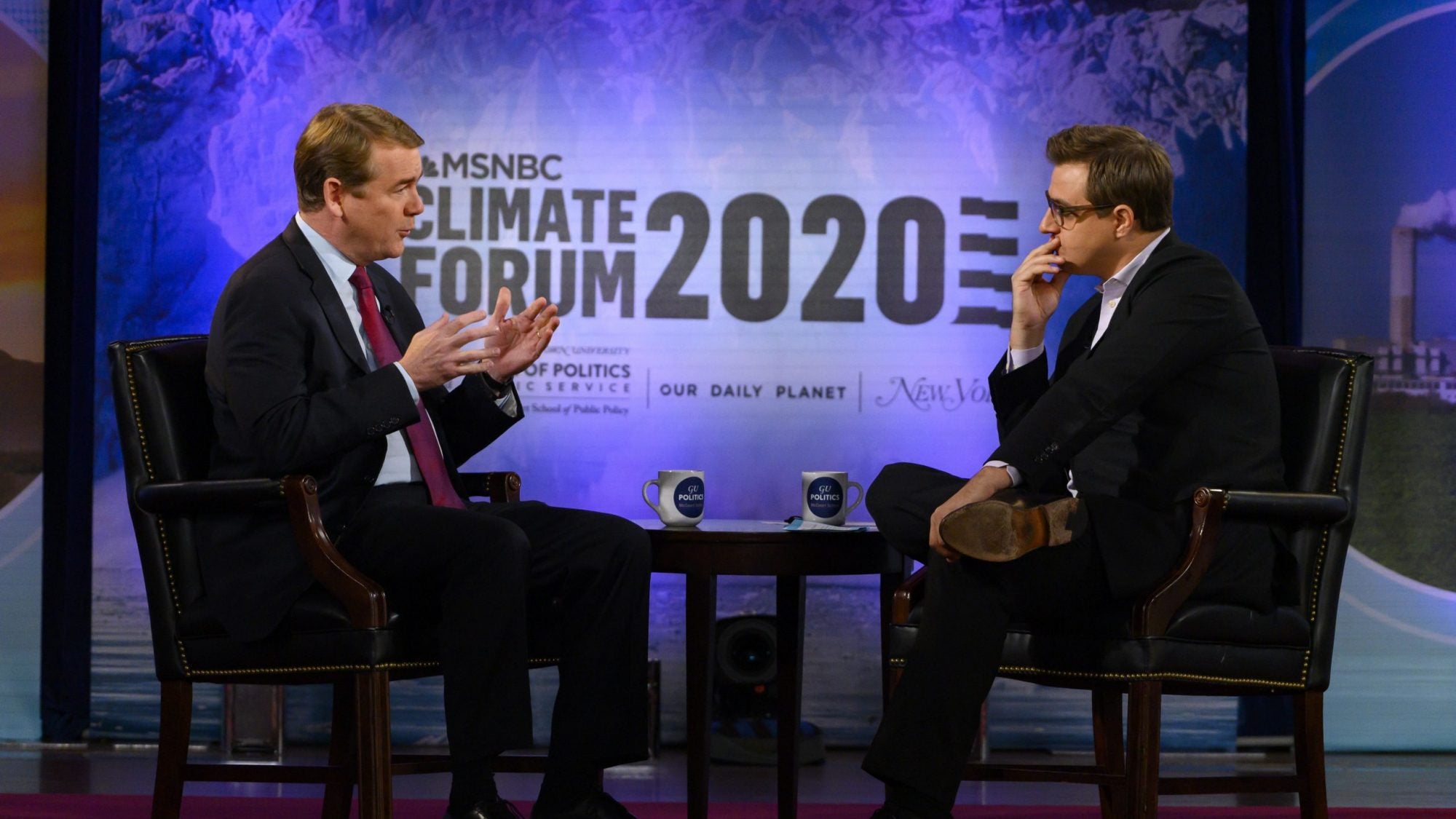 The senior Senator from Colorado, Bennet was previously the superintendent of Denver’s public school system. He noted the particular guilt of today’s political actors, both in the US and abroad, looking at a very clear picture. “This generation of Americans has a lot to be really angry at us about.” 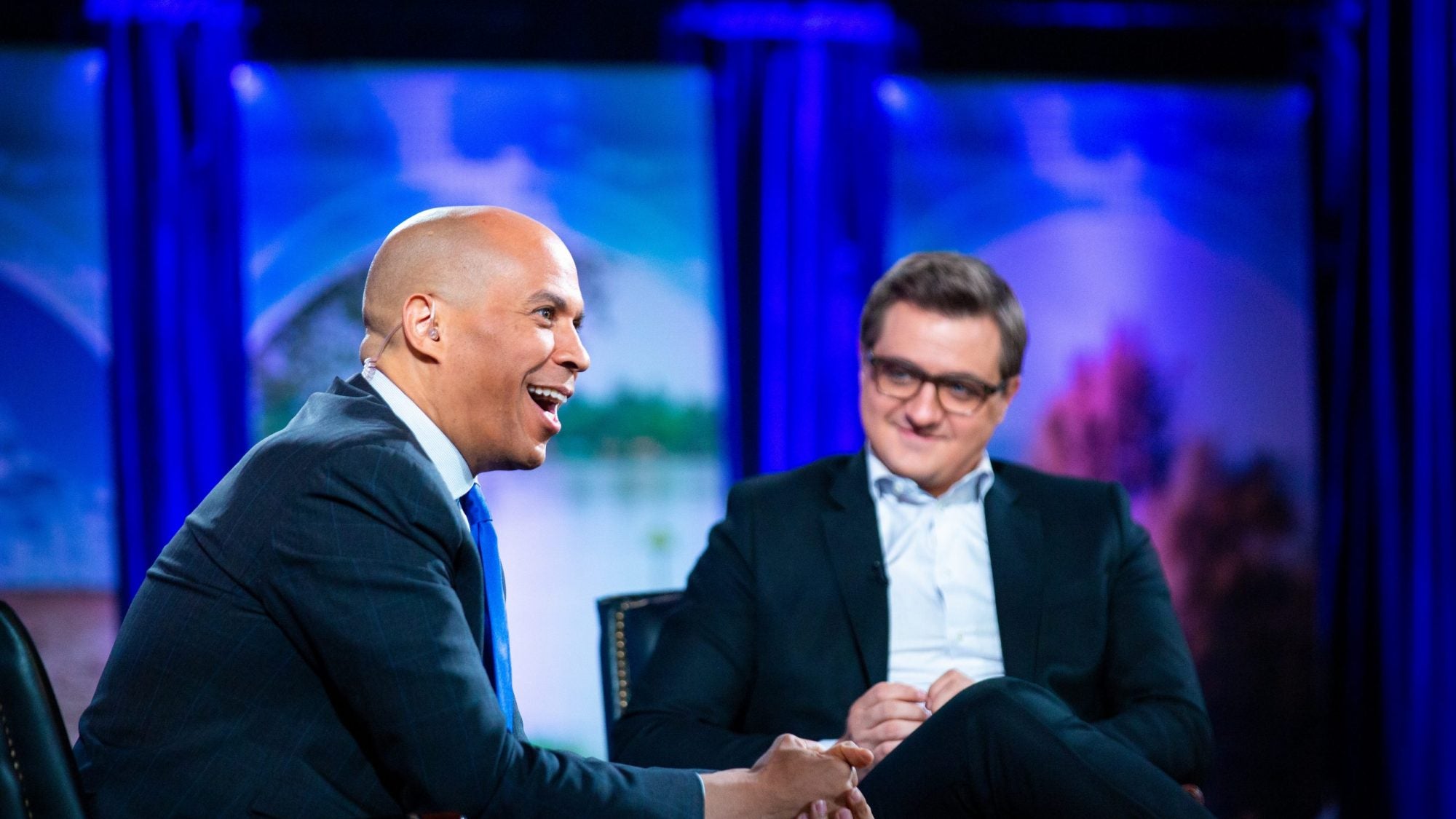 The junior Senator from New Jersey and former Mayor of Newark, Booker pushed back against tax incentives to shape personal behavior. And believing strongly that united efforts are possible, he said, “History will judge us. ‘Where did you stand when the planet was in peril?” Booker was confident that good science is winning. 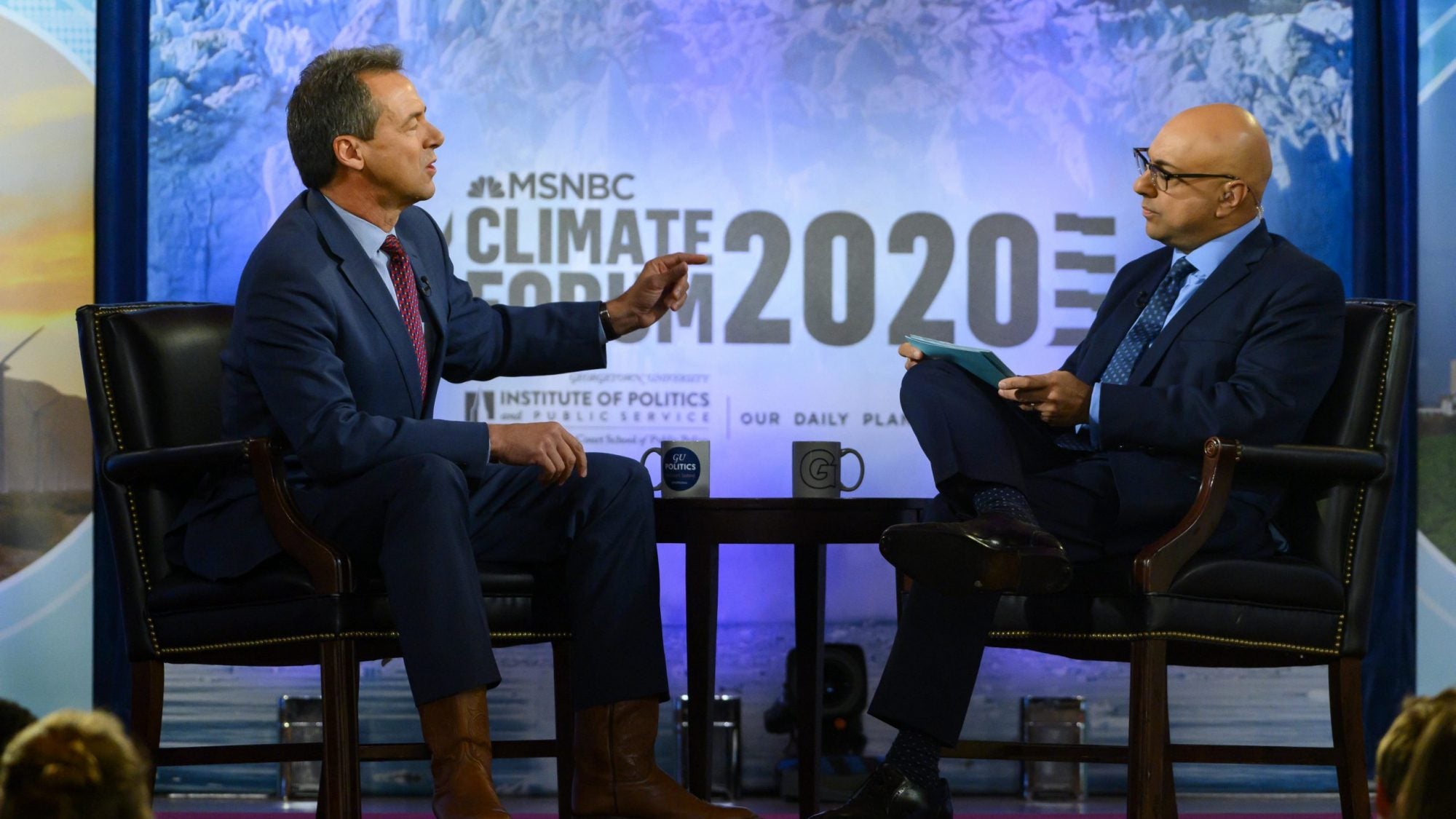 Governor Bullock of Montana was first elected in 2012, having served as the state’s Attorney General before that. Taking a holistic approach, he emphasized agriculture’s role. “The contributions our agricultural communities can make to addressing climate change are significant.” Serving as Mayor of South Bend, Indiana from 2012 to 2020, “Mayor Pete” gained national prominence through his campaign for the DNC chairmanship. Centering his argument around his faith and that of millions of Americans, he stated, “It’s a moral issue. This is about stewardship, this is about justice.”

Mayor of San Antonia, Texas before joining the Obama administration, Castro served as the Secretary of Housing and Urban Development from 2014 to 2017. “This is not only a crisis, it is an opportunity. It is an opportunity to make great jobs. Jobs that will help people feed their families.” 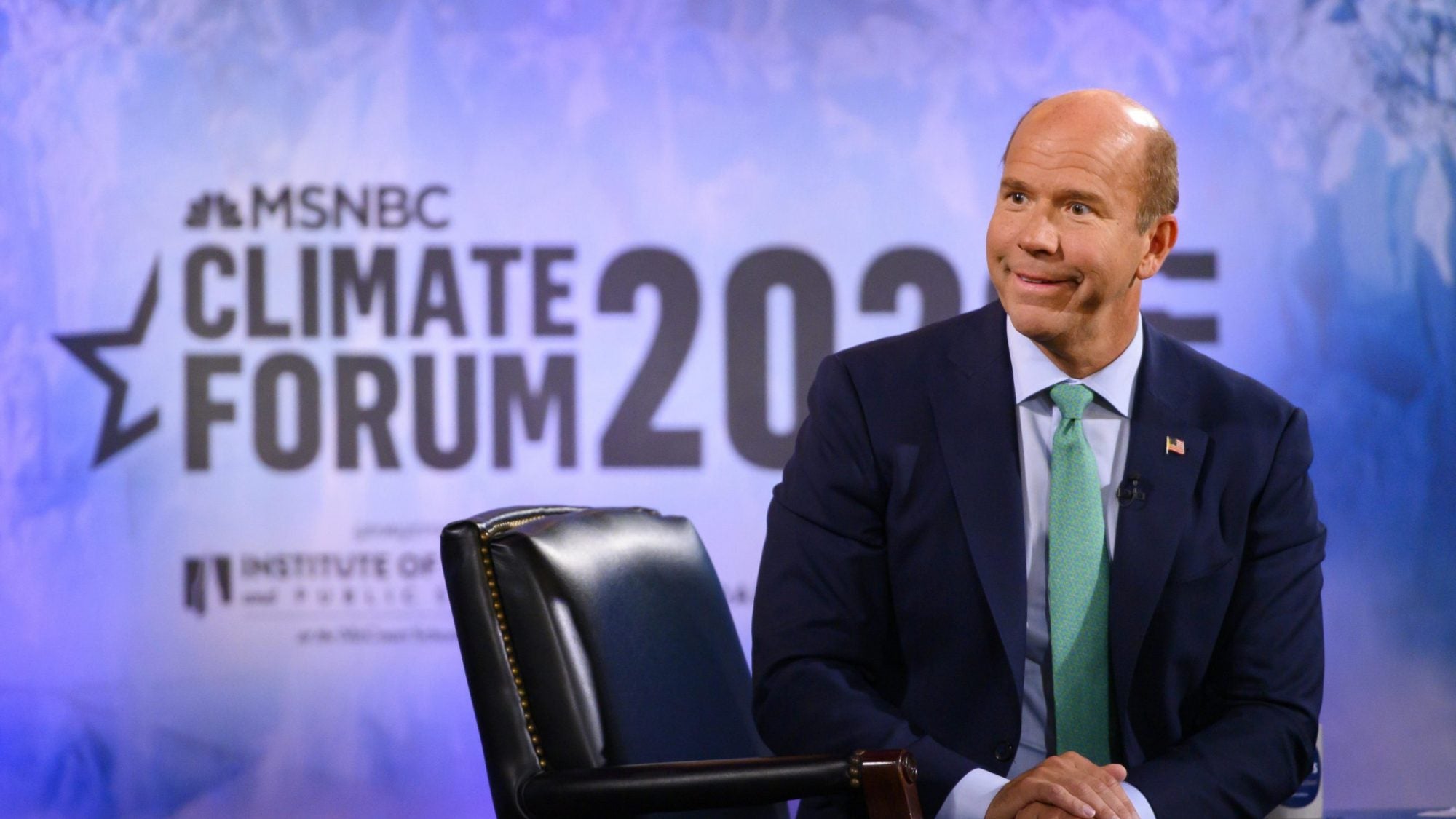 From 2013 to 2019, Delaney represented Maryland’s 6th District in the House of Representatives. He strongly emphasized the need for international agreements like the Paris Accords and global consensus-building. “Our current president is an isolationist . . . you fundamentally can’t deal with climate change if that’s your approach.” 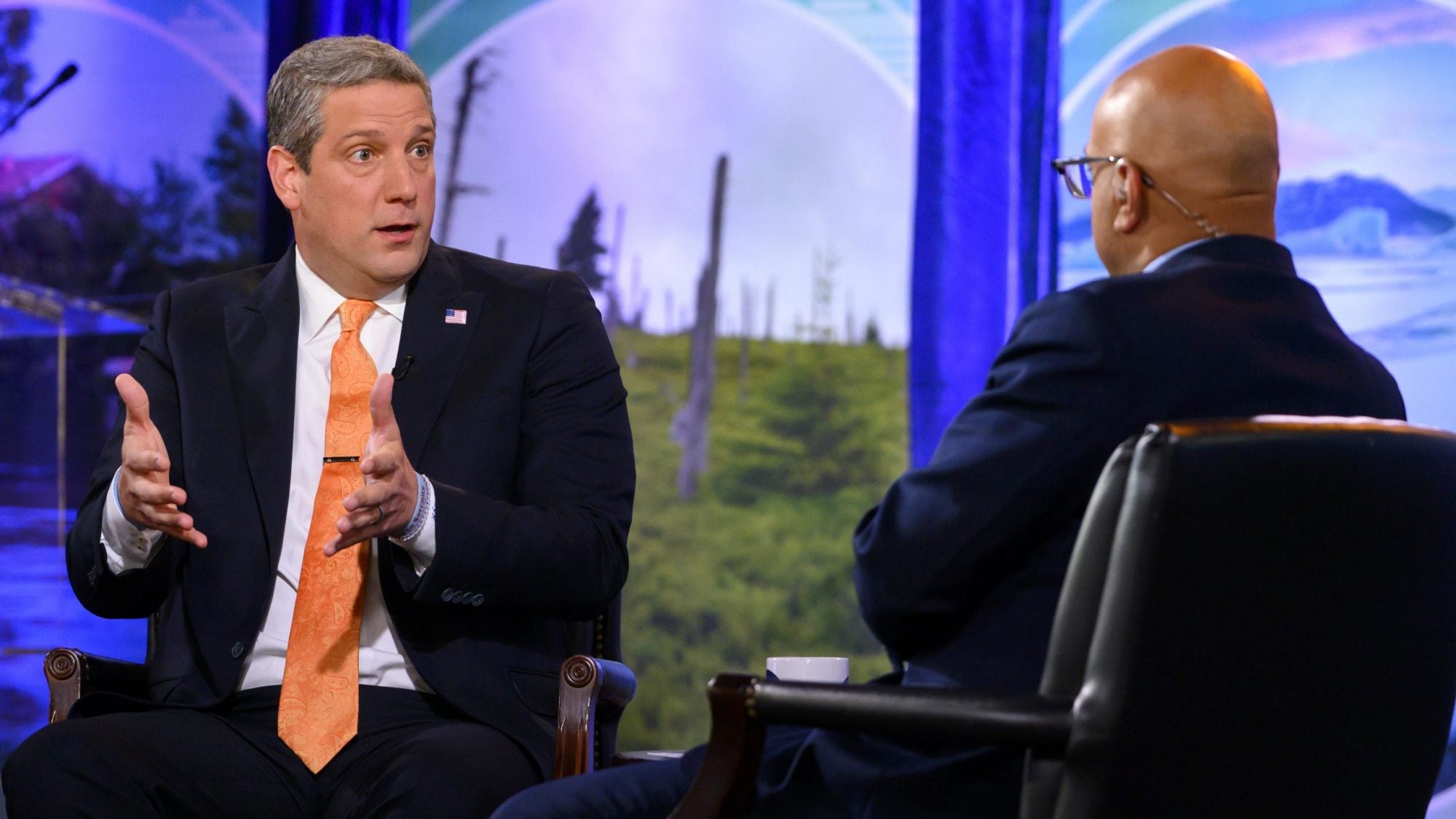 Congressman Ryan, representing a district in northeastern Ohio and serving in Congress since 2003, made headlines as a challenger to Nancy Pelosi for Speaker of the House in early 2019. At the Climate Forum, he pushed back on Trump’s approach to the environment. “Don’t be selling us nostalgia, sell me the future. I want to sell the future of work.” 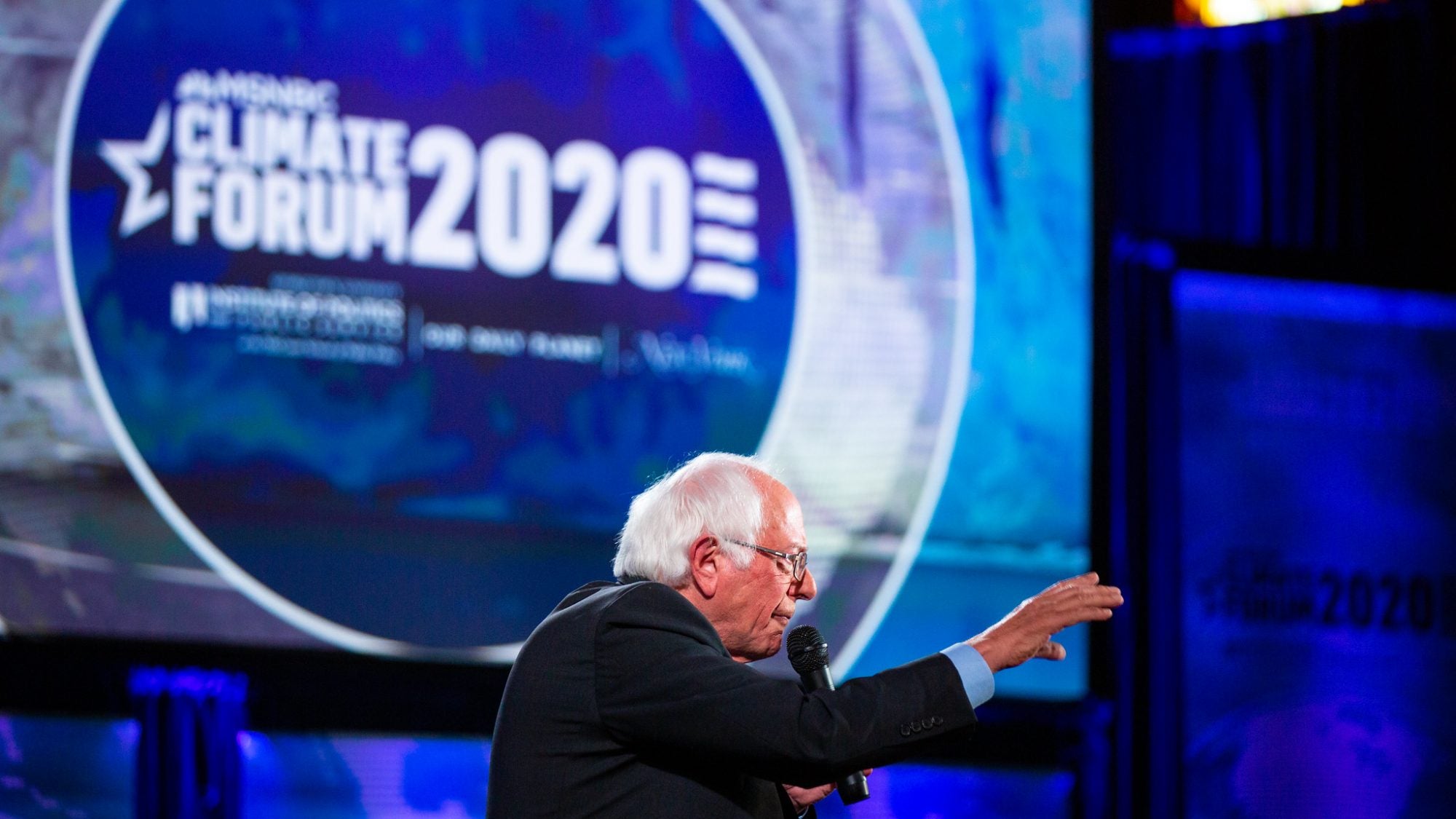 The progressive Senator from Vermont and surprise challenger during the 2016 Democratic primaries, Sanders made sure to connect the crisis facing our climate with the economic issues he more regularly champions. He was suggested criminal charges for fossil fuel executives “who knew they were destroying the planet.” 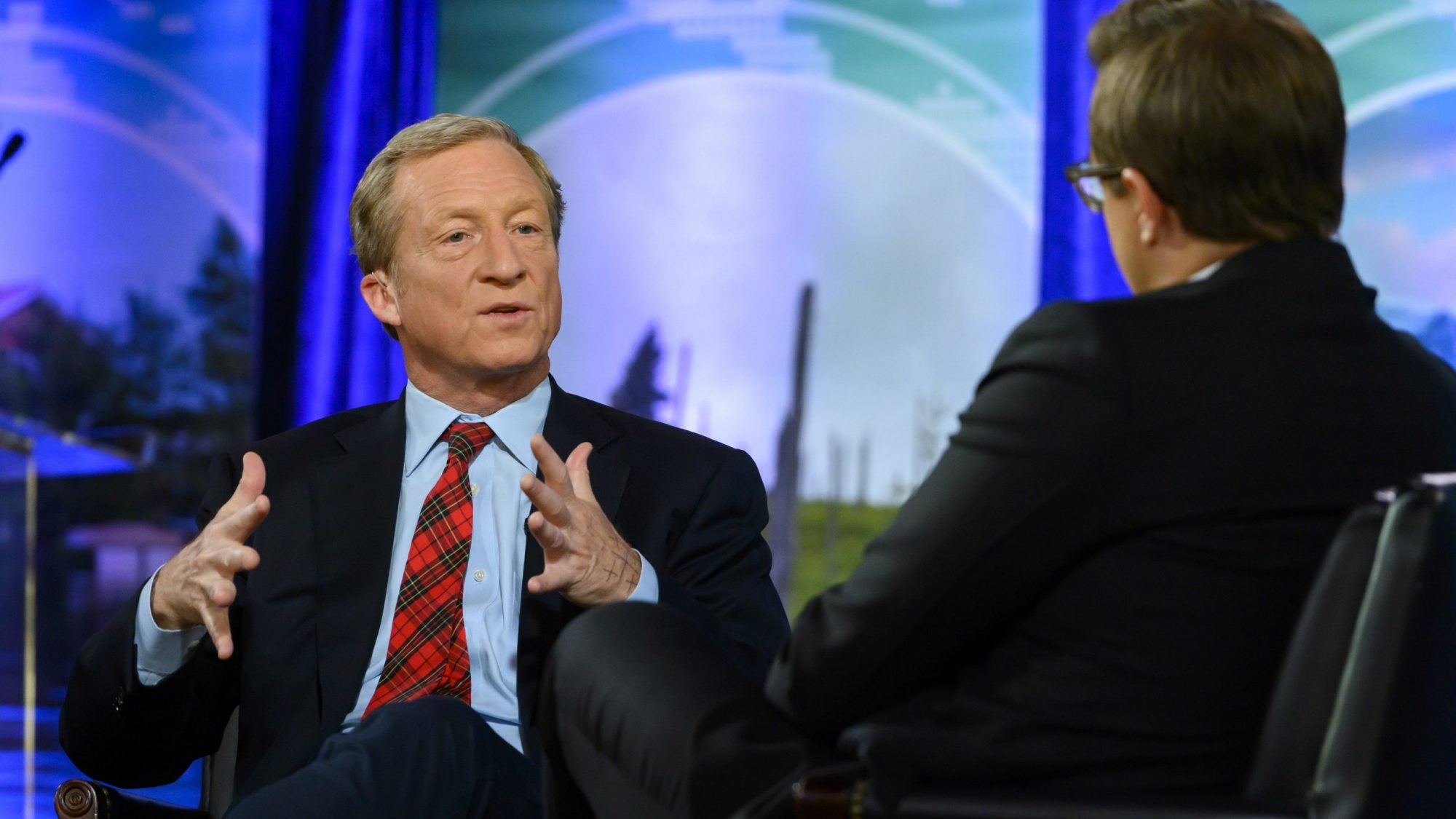 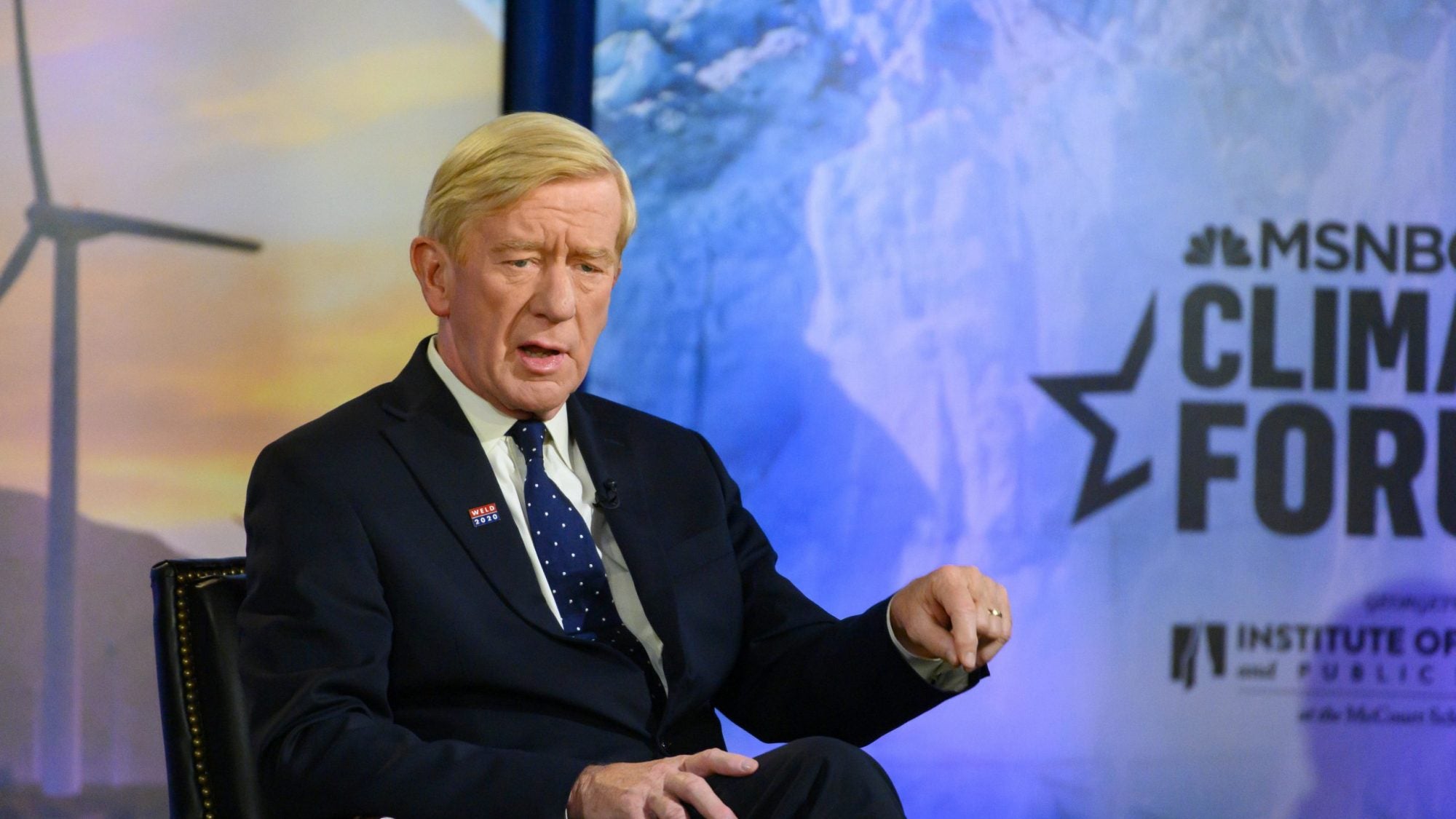 The lone Republican at the two-day event, Weld is the former Governor of Massachusetts and was on 2016’s Libertarian ticket as VP. Coming from the conservative angle, ultimately he stated that for the particularly obstinate and ignorant climate-deniers, “You just have to go around them.” 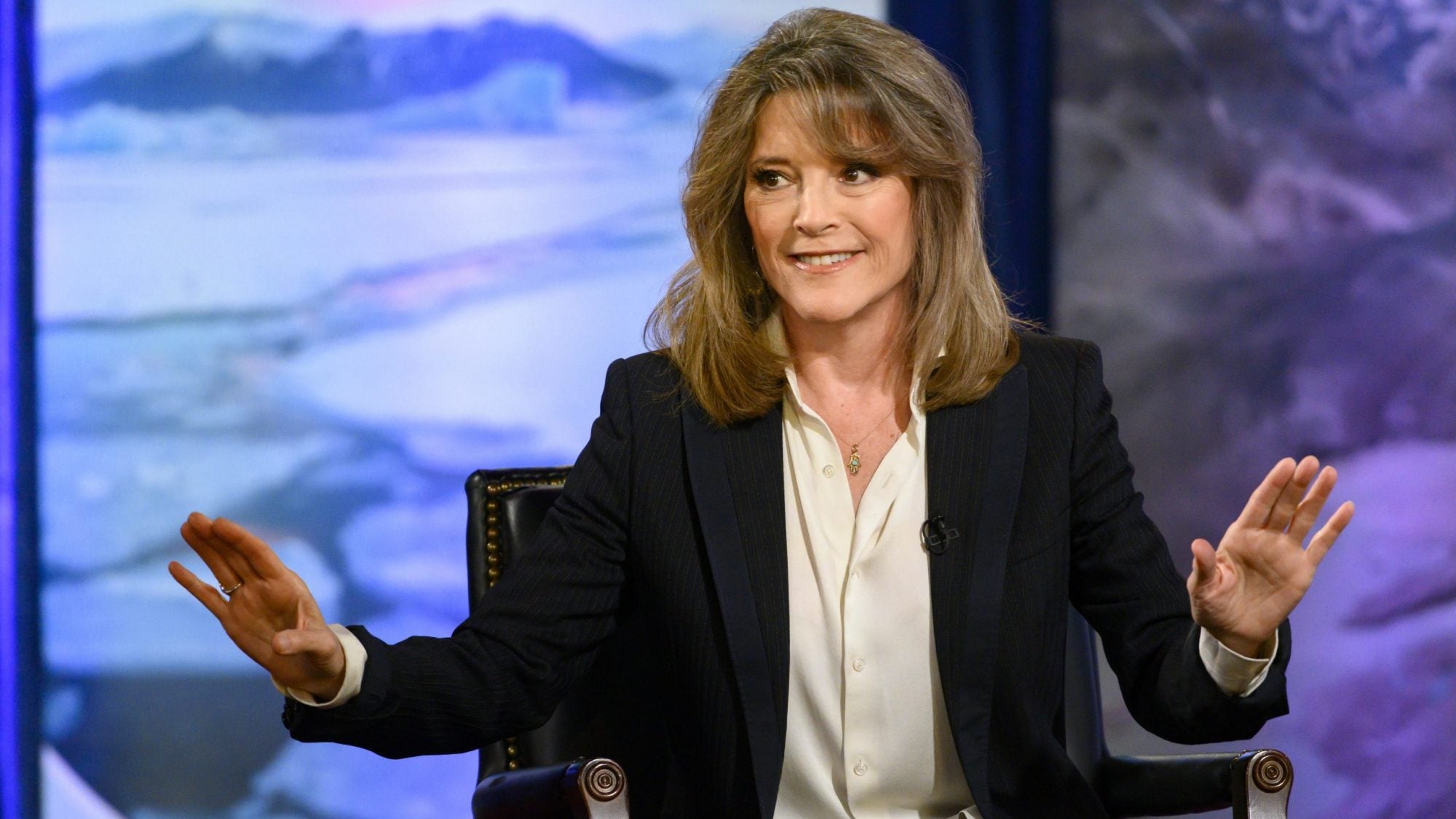 Known popularly as Oprah Winfrey’s “spiritual advisor,” Williamson is the author of 13 books, co-founder of the Peace Alliance, and advocate for a variety of causes. “I want to initiate a phase of repair, an era of repair.” 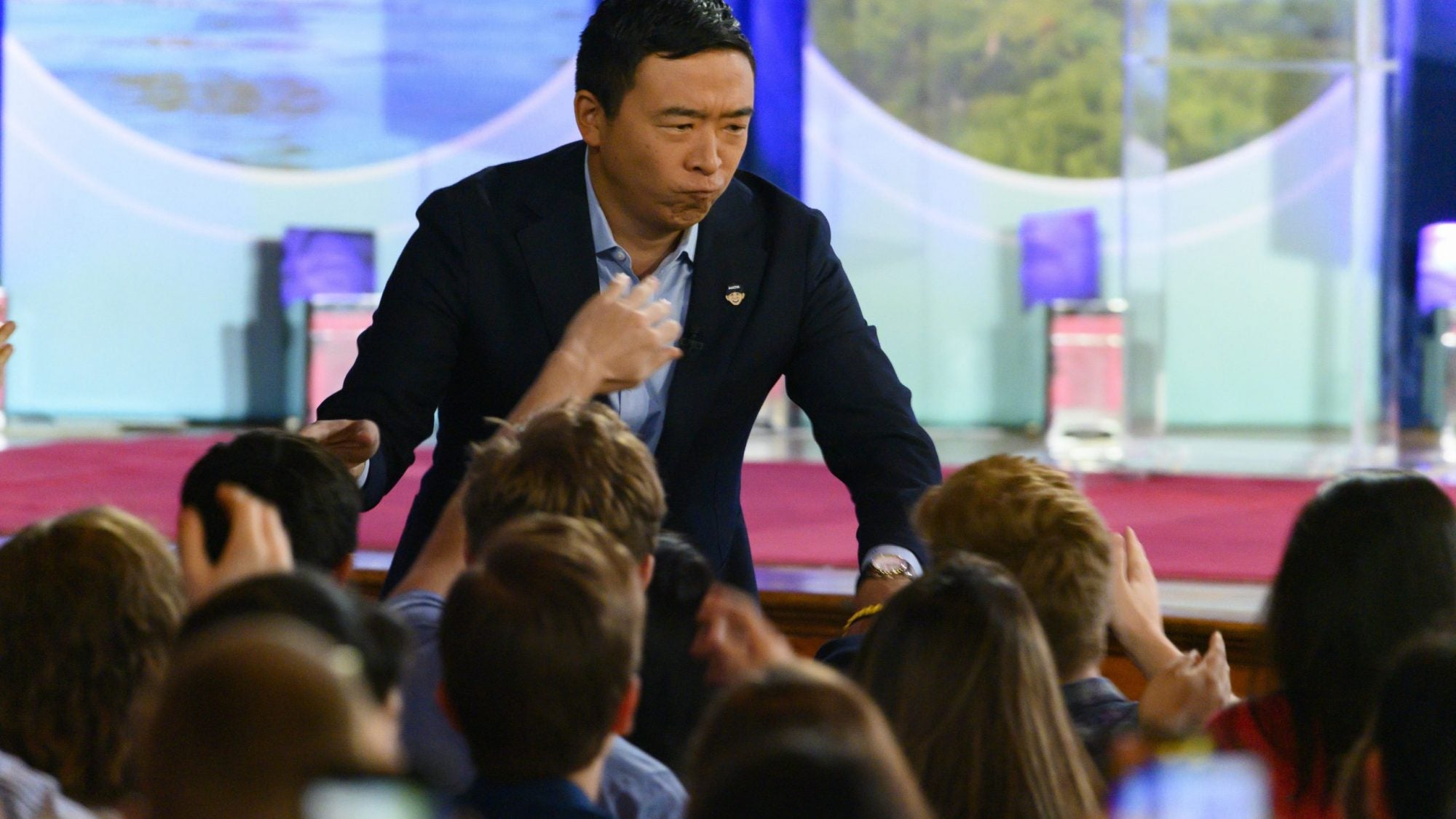 An entrepreneur by trade and corporate lawyer by training, Yang founded Venture for America, a job-creating non-profit in 2011. He gained recognition during the primary campaign for championing and popularizing the concept of a Universal Basic Income. If elected, “the entire White House motor pool will be electric.”

Watch it all: Day One – Day Two