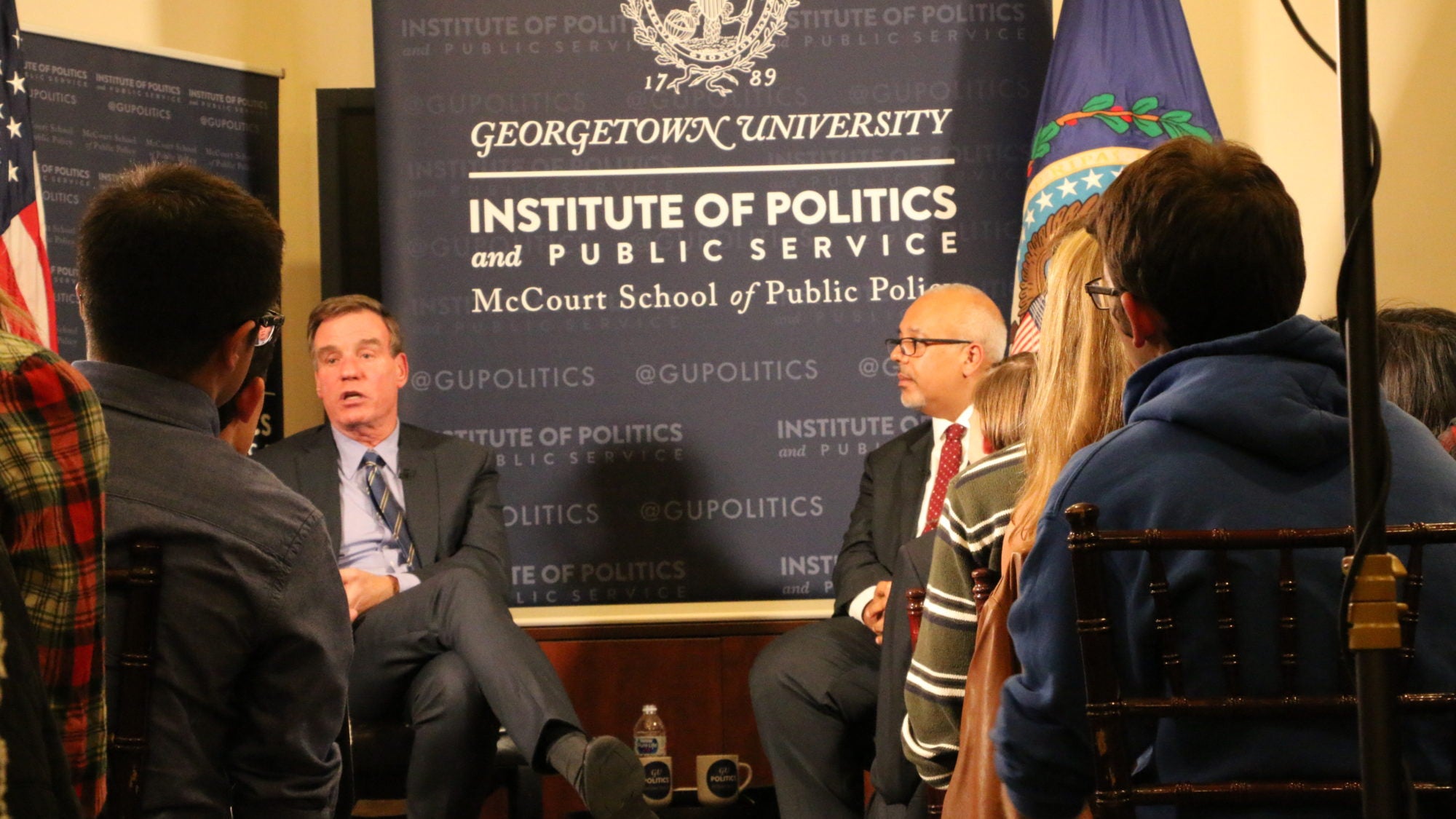 Title: Democracy Under Attack: A Conversation with Mark Warner (D-VA)

Senator Mark Warner sat down with Georgetown students and Executive Director Mo Elleithee to discuss contemporary investigations into the President, Russian meddling in American elections, and the need to defend our democracy. Warner was elected Governor of Virginia in 2001, and elected to the United States Senate in 2008 with a successful re-election in 2014. In serving as Vice Chairman of the Select Committee on Intelligence, Warner brought particularly astute insights to the conversation.

Looking forward over the next decades, he emphasized that changes to American democracy, wrought by technology and reshaped social values, are already occurring. The government and the two parties, “totally stuck in the 20th century,” need to adapt a future-oriented mindset to match these changes. The event was co-sponsored by College Democrats.

Read more: The Hoya – On The Record