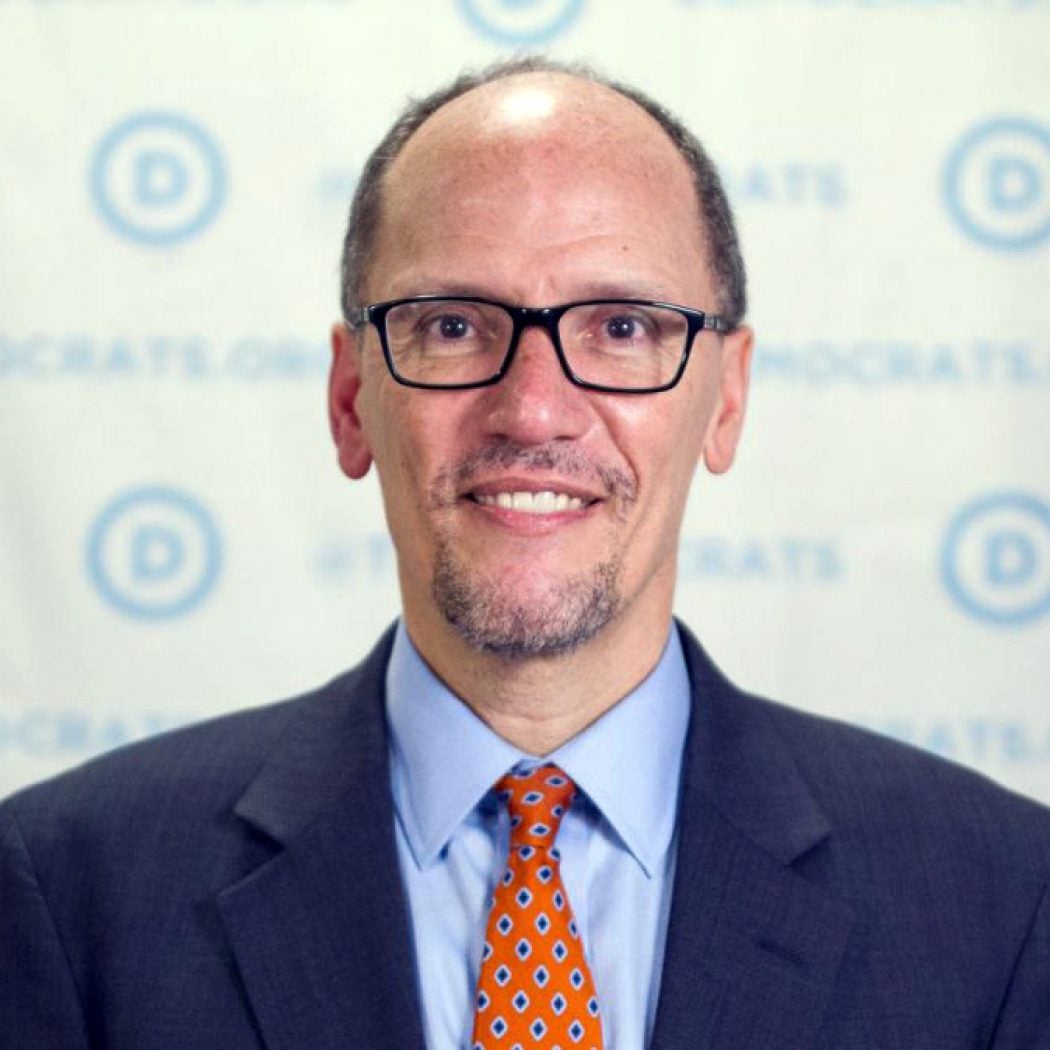 The son of immigrants from the Dominican Republic, Tom grew up in Buffalo where he learned the values of a union town: hard work, integrity, service, and perseverance.

After putting himself through college with Pell Grants and working on the back of a garbage truck, Tom passed up offers from white-shoe law firms, instead choosing to start his career as a civil rights attorney for the U.S. Justice Department prosecuting racially motivated hate crimes.

For 8 years, Tom had the privilege of serving in President Obama’s administration. First as head of the department’s Civil Rights Division, where he led the charge against police misconduct, voter suppression, anti-LGBTQ discrimination, and immigrant-bashing sheriffs’ departments. Then as Secretary of Labor, fighting to protect and expand opportunities for America’s working people – from better wages and overtime pay, to retirement security and collective bargaining rights.

In 2017, Perez was elected as Chairman of the Democratic National Committee. Most recently, Perez joined Venable LLP as a partner in the Washington, DC office.

But Tom’s strongest roots are in local organizing. In 2002, he became the first Latino elected to the Montgomery County Council. And as board president of CASA de Maryland, Tom helped grow the organization from a small service provider in the basement of a church to one of the largest immigrant advocacy groups in the mid-Atlantic.

Tom Perez - "Civil rights is the unfinished business of America"