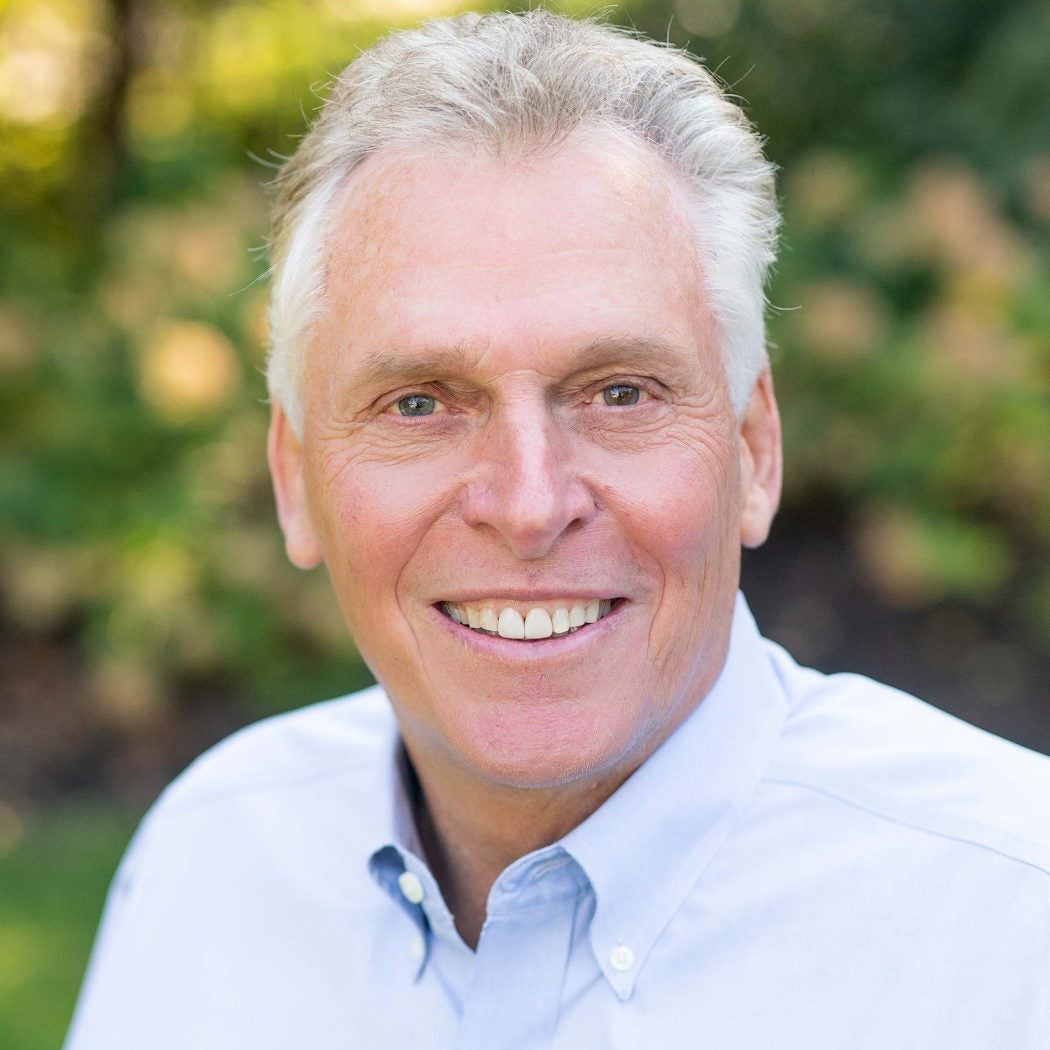 Terry McAuliffe served as the 72nd Governor of the Commonwealth of Virginia from 2014 to 2018. As Governor, McAuliffe focused on equality for all Virginians, enhancing quality of life, and building a new diversified economy that made economic opportunity a right, not a privilege.

As Governor, McAuliffe conducted a record 35 trade missions, personally delivering Virginia’s calling card to business and political leaders around the globe and bringing over 1,100 economic development projects to the Commonwealth. McAuliffe, during his four year term, was the most traveled governor in the United States of America, visiting 24 countries on five continents.

Under McAuliffe’s leadership, hundreds of thousands of jobs were created and more than $20 billion in capital investment to communities across the Commonwealth, billions more than any previous governor. During his term in office, Virginia’s unemployment rate dropped from 5.7% to 3.3%, initial unemployment claims fell to a 44 year low and personal income rose over 13%. He inherited a $2.4 Billion deficit upon entering office and left Virginia with a record surplus upon his departure.

He made unprecedented progress on the restoration of civil rights to rehabilitated felons who had completed their sentences and paid their debt to society. During his tenure, McAuliffe restored the rights of more than 173,000 Virginians, more than any other governor in U.S. history.

McAuliffe also served as Chairman of the National Governors from 2016 to 2016 and President Barack Obama appointed McAuliffe to the NGA’s Council of Governors to provide advice on national security matters. In December 2017, McAuliffe was named “Public Official of the Year” by GOVERNING magazine.

Prior to his tenure as Governor of Virginia, McAuliffe was appointed by President Bill Clinton as Ambassador to the Taejon Expo in 1993, co-chaired President Clinton's 1996 re-election campaign and inauguration, and served as chairman of the 2000 Democratic National Convention, and as chairman of Hillary Clinton's 2008 Presidential campaign.

McAuliffe was chairman of the Democratic National Committee from 2001 until 2005, rebuilding the Party and establishing the first ever nationwide voter file.

The youngest of four boys in a middle class family, McAuliffe has been a lifelong entrepreneur. At age 14, he started a business paving driveways for neighbors and local businesses. Since then, he has worked with and led dozens of businesses in diverse sectors of the economy helping to improve companies and create economic opportunity.

McAuliffe and his wife Dorothy have been married since 1988. They have five children.