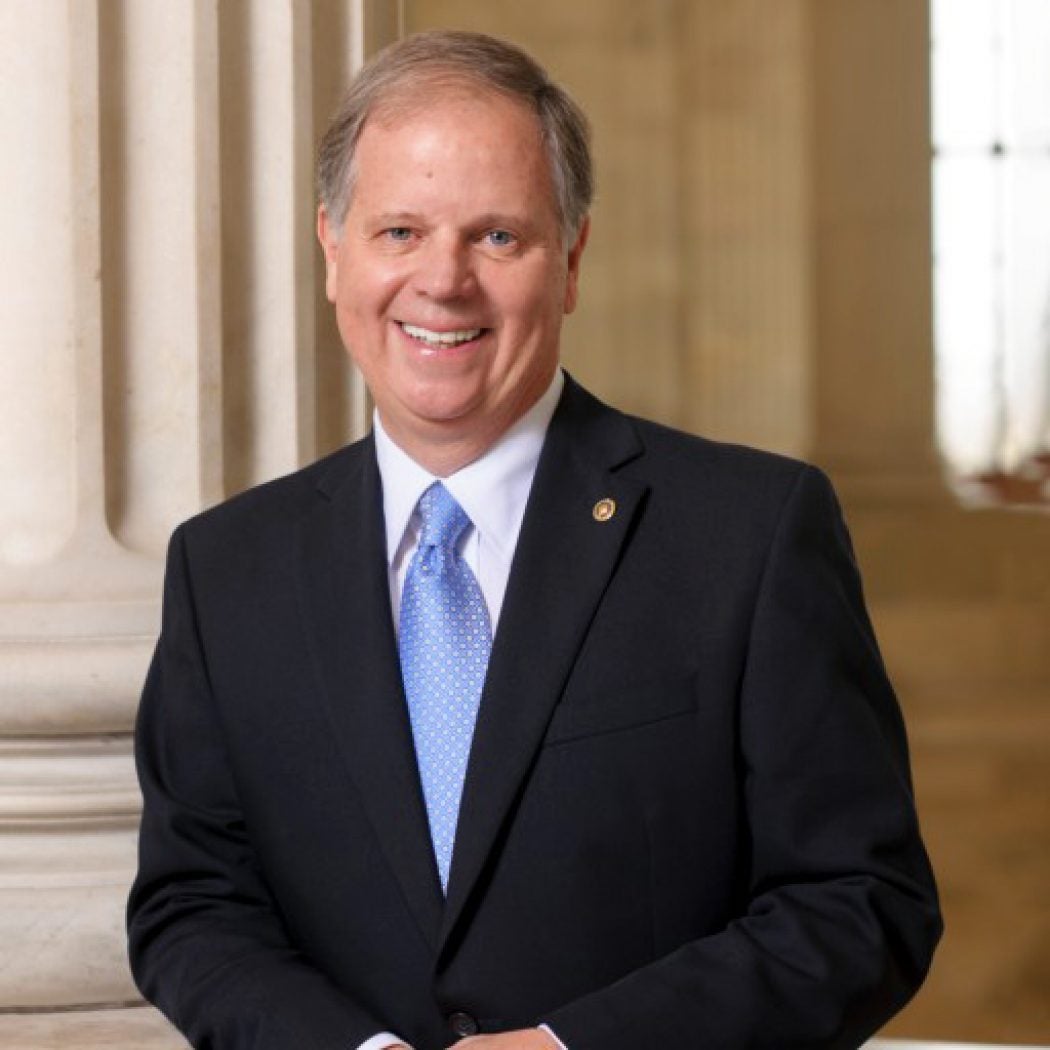 Senator Doug Jones represented Alabama in the United States Senate from 2018-2021. He was a member of the Banking, Housing and Urban Affairs Committee; the Health, Education, Labor and Pensions Committee and the Committee on Aging.  He also served on the Homeland Security Committee for one year prior to joining the Armed Services Committee.

Senator Jones has spent his life working to make Alabama a better place. Born in Fairfield, Alabama to a U.S. Steel worker and a stay-at-home mom, he grew up in Alabama during a period of great change and played a critical part in helping the state and her people overcome some of their darkest days. His early years forged his values and a sense of responsibility to treat everyone with dignity and respect.

After graduating from Cumberland School of Law at Samford University, he worked as staff counsel to the U.S. Senate Judiciary Committee for Senator Howell Heflin. Following his stint in Washington, Senator Jones served as an Assistant United States Attorney from 1980-1984. He left government service in 1984 and was in the private practice of law in Birmingham, Alabama, until 1997 when President Bill Clinton nominated him to the position of United States Attorney for the Northern District of Alabama where he served until June 2001. It was while serving as U.S. Attorney that Senator Jones successfully prosecuted two of the four men responsible for the 1963 bombing of the 16th Street Baptist Church—finally bringing full justice and closure nearly 40 years after the attack that killed four young girls. Along with taking on the Ku Klux Klan, he indicted domestic terrorist Eric Rudolph and prosecuted other criminals who sought to use fear, hatred, and violence to inhibit the rights of others.

Senator Jones has brought that lifelong passion for justice and commitment to service to his role in the United States Senate.  As Senator, he fought to increase access to affordable health care for every American, including expanding Medicaid in Alabama, and to make sure that every child in every ZIP code has access to high-quality education.  In just three years he had 25 of his bipartisan bills signed into law, including legislation to end the military widow’s tax, to help farmers, to provide permanent funding for HBCUs, to shed light on Civil Rights-era cold cases, to expand access to broadband in rural communities and to overhaul anti-money laundering laws.  In addition to legislation, Senator Jones used his office to stand up and speak for social justice and racial and gender equality.  In 2019 and 2020 he initiated led a bipartisan group of Senators in reading Dr. King’s “Letter from a Birmingham Jail” on the floor of the Senate.

Senator Jones was consistently recognized as one of the Senate’s most bipartisan members.  Former president of the American Enterprise Institute and leading conservative thinker Arthur Brooks said once said of Senator Jones “Whether people agree or disagree with him on politics, he has shown an ability and a willingness to listen to people on the other side and refrain from treating people with contempt.”

Doug Jones - "It's about people, not the political party"