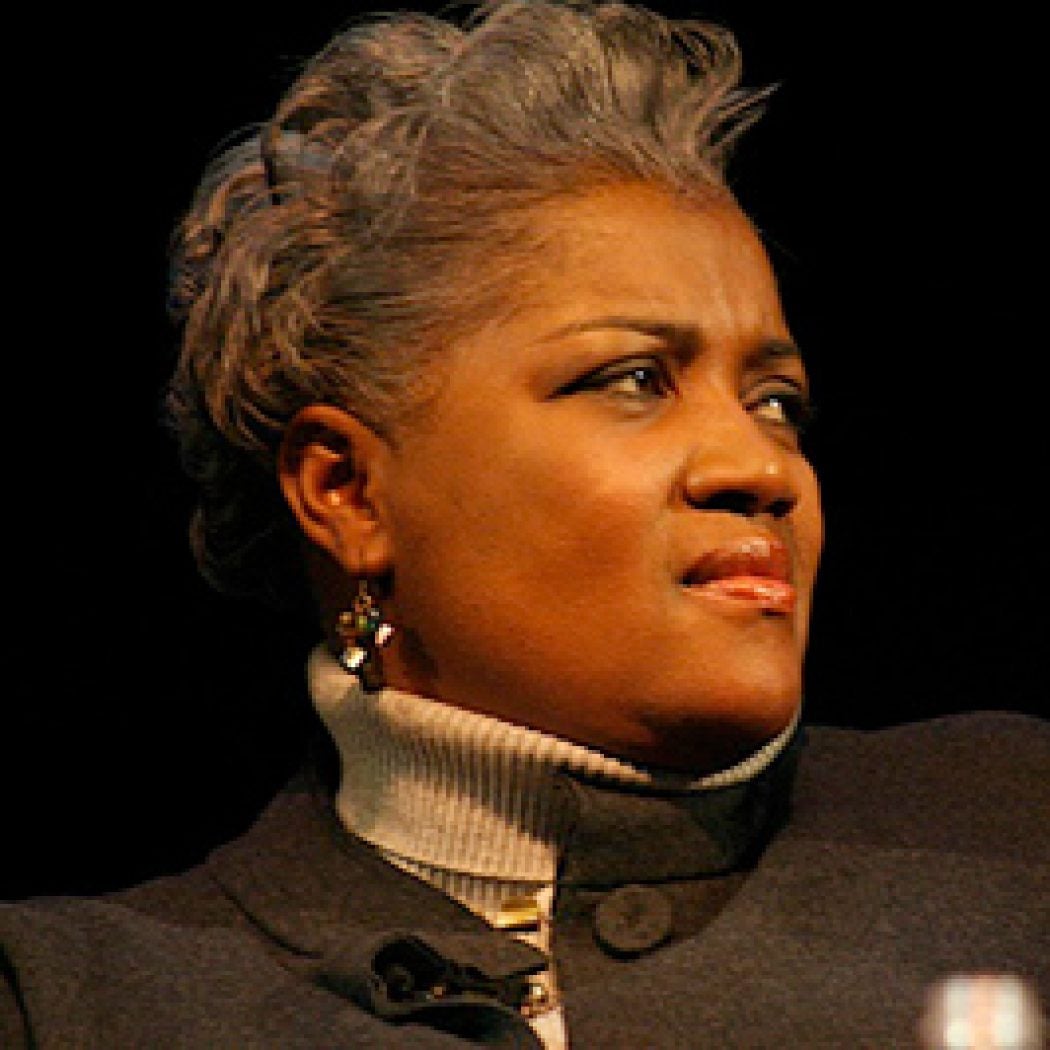 Aside from working for the full recovery of her beloved New Orleans, Ms. Brazile’s passion is encouraging young people to vote, to work within the system to strengthen it, and to run for public office. Since 2000, Ms. Brazile has lectured at over 125 colleges and universities across the country on such topics as “Inspiring Civility in American Politics,” Race Relations in the Age of Obama, Why Diversity Matters, Women in American Politics: Are We There Yet.

She first got involved at the age of nine when she worked to elect a City Council candidate who had promised to build a playground in her neighborhood; the candidate won, the swing set was installed, and a lifelong passion for political progress was ignited. Ms. Brazile worked on every presidential campaign from 1976 through 2000, when she became the first African-American to manage a presidential campaign.

Author of the best-selling memoir Cooking with Grease: Stirring the Pots in American Politics, Ms. Brazile is an adjunct professor at Georgetown University, a syndicated newspaper columnist for Universal Uclick, a columnist for Ms. Magazine, and O, the Oprah Magazine, an on-air contributor to CNN, and ABC, where she regularly appears on ABC’s This Week. Her secret passion is acting; she has recently made two cameo appearances on CBS’s The Good Wife. Ask her and she’ll tell you that acting, after all, is the key to success in politics.

In August 2009, O, The Oprah Magazine chose Ms. Brazile as one of its 20 “remarkable visionaries” for the magazine’s first-ever O Power List. In addition, she was named among the 100 Most Powerful Women by Washingtonian magazine, Top 50 Women in America by Essence magazine, and received the Congressional Black Caucus Foundation’s highest award for political achievement.

She is currently Chair of the board of the J. William Fulbright Foreign Scholarship Board, on the board of the National Democratic Institute (NDI), the Congressional Black Caucus Foundation, and the Joint Center for Political and Economic Studies.

Last, but never least, she is a native of New Orleans, Louisiana. In the aftermath of the two catastrophic hurricanes that made landfall in the Gulf region, Brazile was appointed by former Governor Kathleen Blanco to serve on the Louisiana Recovery Board to work for the rebuilding of the state and to advocate for the Gulf recovery on the national stage.

Ms. Brazile is founder and managing director of Brazile & Associates LLC, a general consulting, grassroots advocacy, and training firm based in Washington, DC.