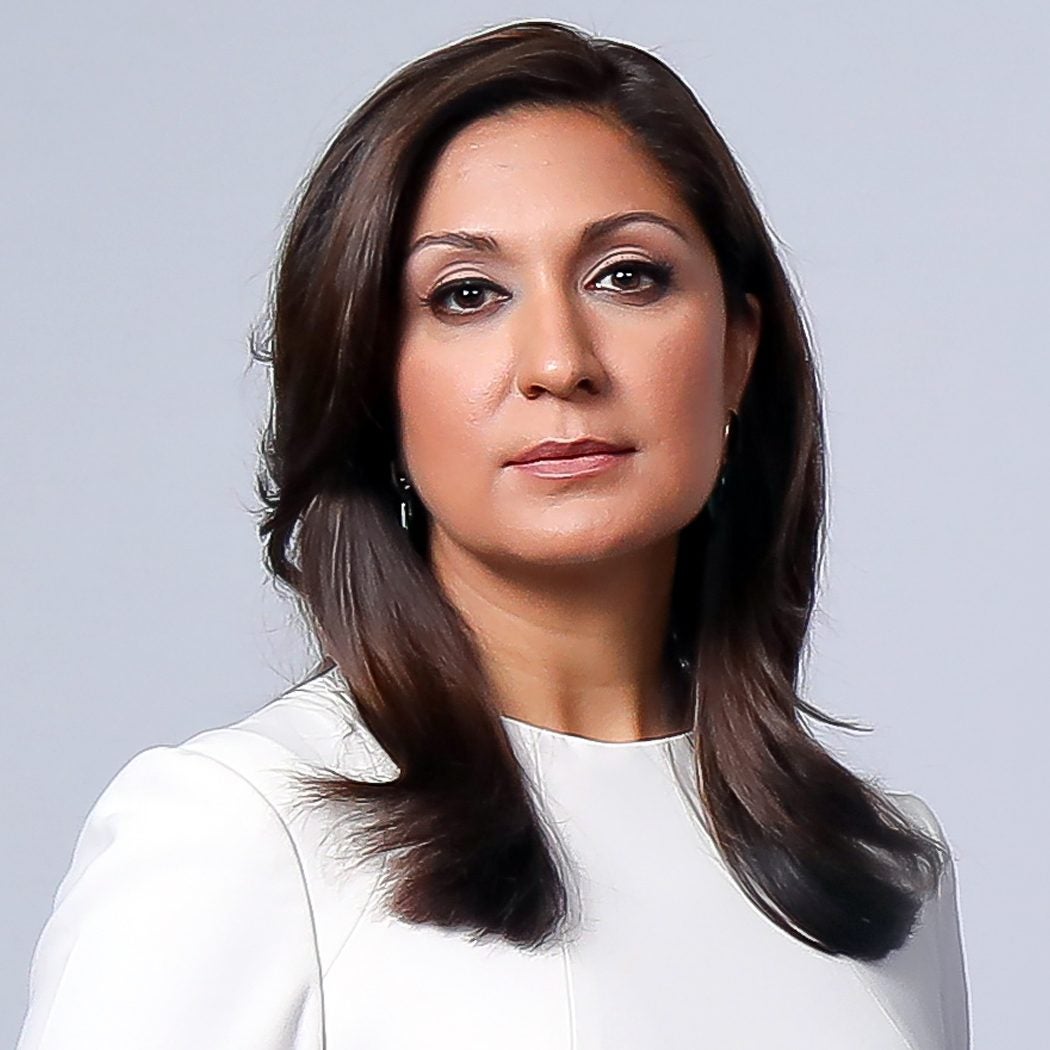 Prior to joining the NewsHour, Nawaz was an anchor and correspondent at ABC News, anchoring breaking news coverage and leading the network’s digital coverage of the 2016 presidential election. Before that, she served as a foreign correspondent at NBC News, reporting from Pakistan, Afghanistan, Syria, Turkey, and the broader region. She is also the founder and former managing editor of NBC’s Asian America platform, built to elevate the voices of America’s fastest-growing population.

At the NewsHour, Nawaz has reported on politics, foreign affairs, education, climate change, culture and sports. Her immigration reporting has taken her to multiple border communities in Texas, New Mexico, Arizona, and Mexico. She investigated the impact of the Trump Administration’s immigration policies, including following the journey of a single toddler as she left her home in Mexico, was separated from her family at the U.S. border, and later reunited with her family several weeks later. She also regularly covers issues around detention, refugees and asylum, and migrant children in U.S. government custody.

Nawaz has interviewed U.S. presidential candidates, and international newsmakers -- including Turkish President Recep Tayyip Erdogan, Scotland’s First Minister Nicola Sturgeon, and Brazilian leader Eduardo Bolsonaro; lawmakers and Trump administration officials – including then-ICE Director Mark Morgan’s first interview after President Trump announced mass raids across the U.S., Acting Secretary of DHS Kevin McAleenan, and former DHS Secretary Kirstjen Nielsen in her first interview since leaving the Trump administration; and influential voices including Reba McEntire, Gloria Estefan, and Dev Patel. Domestically, her reporting has taken her to Appalachia to cover healthcare and the economy, the Pacific Northwest to cover gentrification and discrimination in housing, and communities across the country to take the political pulse of the nation. Internationally, she’s traveled to Brazil to report on climate change from within the Amazon, and the Venezuelan refugee crisis.

In 2019, her reporting as part of a NewsHour series on the global plastic problem was the recipient of a Peabody Award. In December 2019, Nawaz co-moderated the PBS NewsHour/Politico Democratic Presidential Primary Debate, becoming the first Asian American and the first Muslim American in history to moderate a presidential debate.

Nawaz began her career as a Nightline Fellow at ABC News. When the Sept. 11 attacks happened just weeks into her first job, Nawaz was given the opportunity to work on one of the most important news events in recent times, which set the precedent for the rest of her career.

Nawaz has also been honored with an Emmy Award for the NBC News Special “Inside the Obama White House,” a Society for Features Journalism Award, and was a recipient of the International Reporting Project fellowship in 2009. She earned a bachelor's degree from the University of Pennsylvania, where she captained the varsity field hockey team, and later earned her master's degree from the London School of Economics.

She lives with her husband and two daughters in the Washington, D.C. area.