Our #HoyasInIA cohort of six students spent four days on the ground leading up to the Iowa caucus. While in Des Moines, these students had the chance to hear directly from candidates and their surrogates from both sides of the aisle, talk to senior campaign staff who shared insight into their strategies in the lead up to the nation’s first primary contest, and chat with national and state journalists to understand how each covers caucus night. 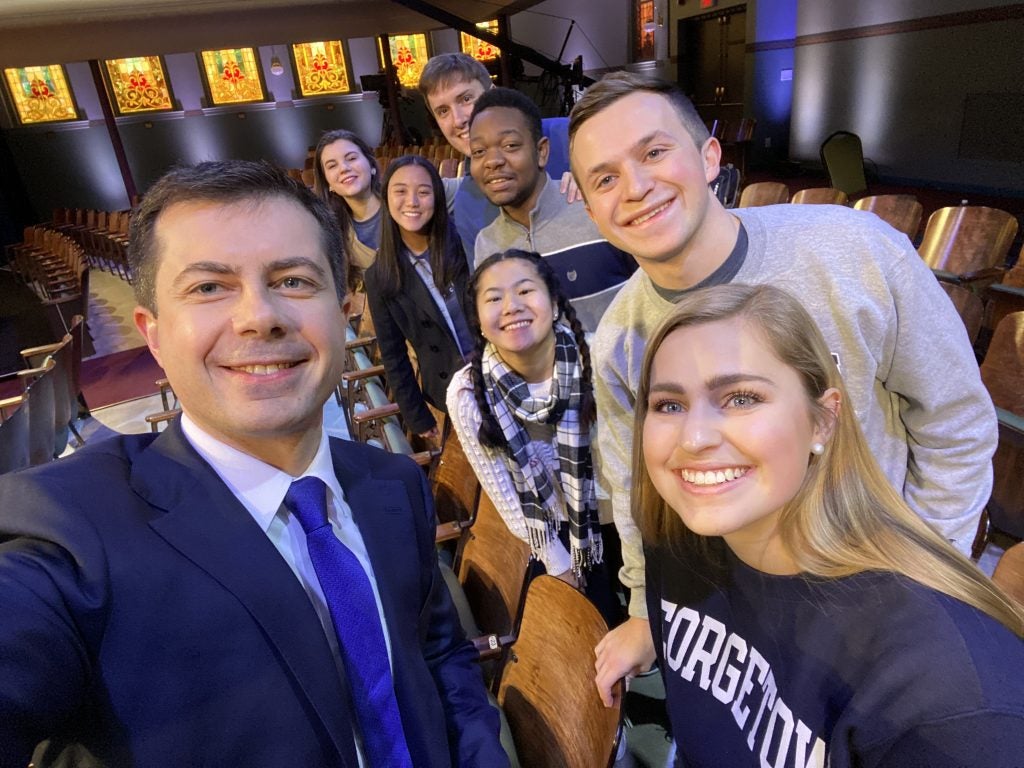 Back to Top
Days 1-2 Anchor

After flying into Des Moines, our #HoyasInIA met with Troy Price, Chair of the Iowa Democratic Party as well as Jen Palmieri, Marie Harf, and Byron York. On Saturday, the students shadowed canvassers for Pete Buttigieg, watching them share their excitement and reasons to support the former mayor. Before heading out, they went through a quick canvassing workshop with Congressman Anthony Brown (D-MD). 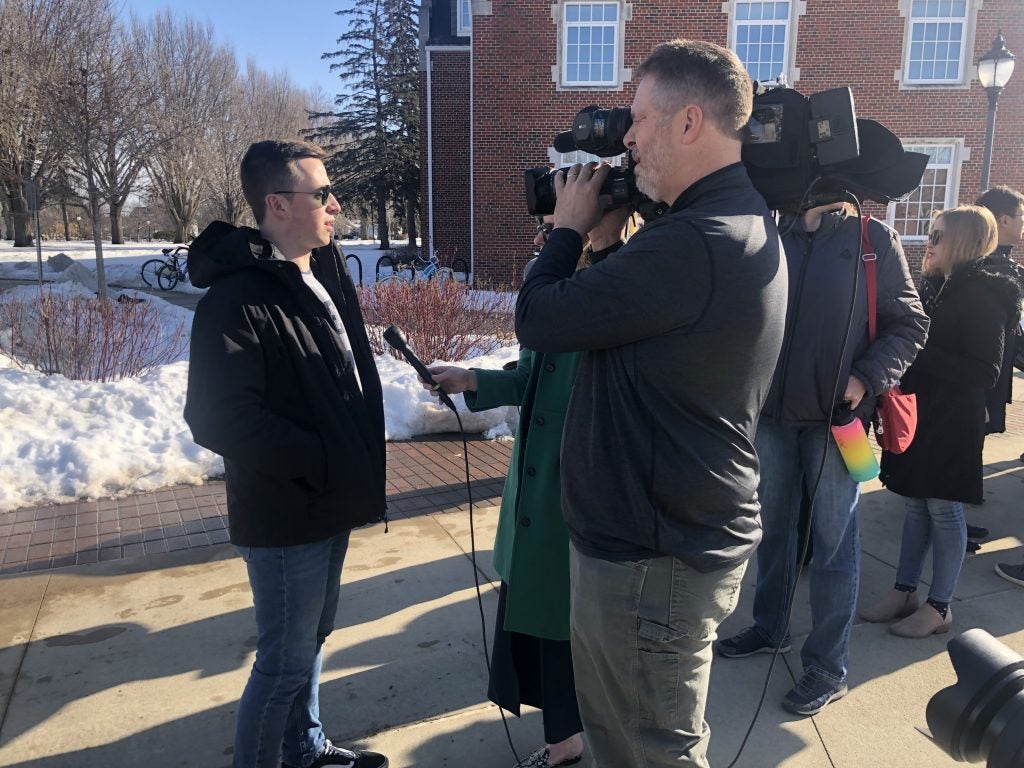 Back to Top
Days 3-4 Anchor

On Sunday, #HoyasInIA joined a live taping of Jake Tapper’s “State of the Union” and attended rallies for Elizabeth Warren and Joe Biden. By speaking with supporters at these rallies, students learned how candidates have uniquely inspired their supporters. Students had the opportunity to chat with several political experts, including Karl Rove, Martha MacCallum, Ari Fleischer, Dana Perino, and Georgetown’s own Donna Brazile. 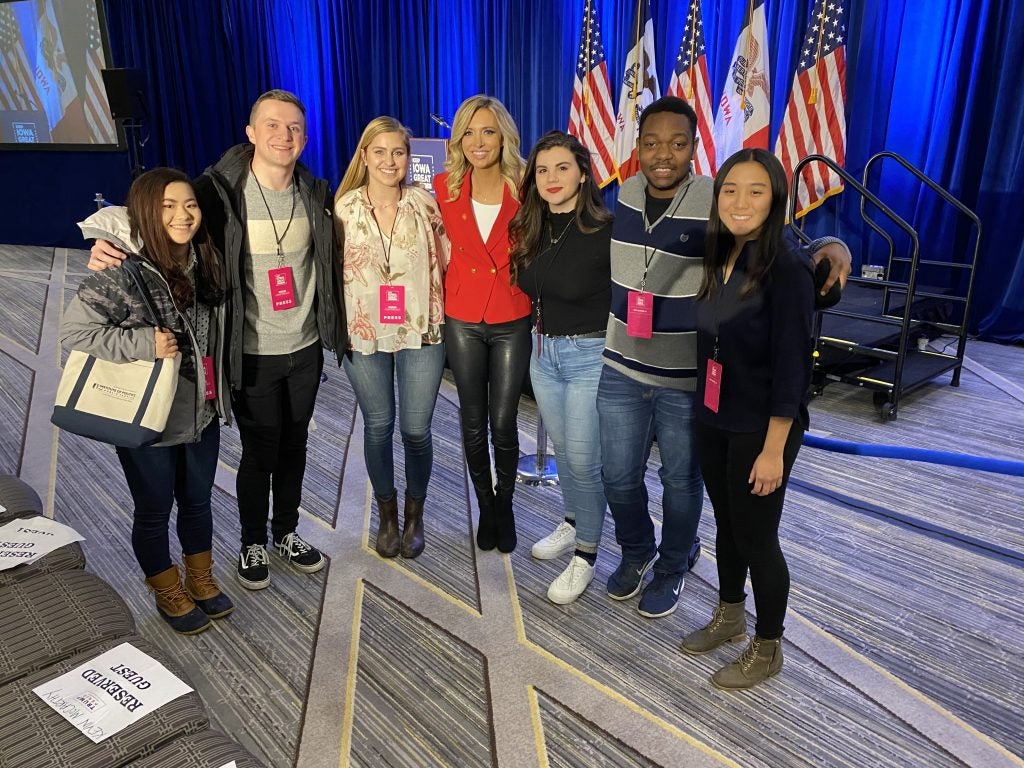 These six students, after days of hearing valuable analysis and watching the different campaigns in action, strove to better understand the voter sentiment in the state, and shared their experiences with the wider Georgetown community. The afternoon of the caucus, they each made their predictions on who would win the state.