#HoyasinGA was a trip for six Georgetown students down to witness in person the 2017 special election in Georgia’s 6th Congressional District – called after the former Congressman Tom Price was made HHS Secretary. Along the way, they sat down in discussions with some of the candidates and campaign staffers behind this exciting race for Congress. The students had an opportunity to learn directly from the people shaping the future of the district and the state of Georgia, hearing their hopes, strategies, and expectations in the last few days before the election. 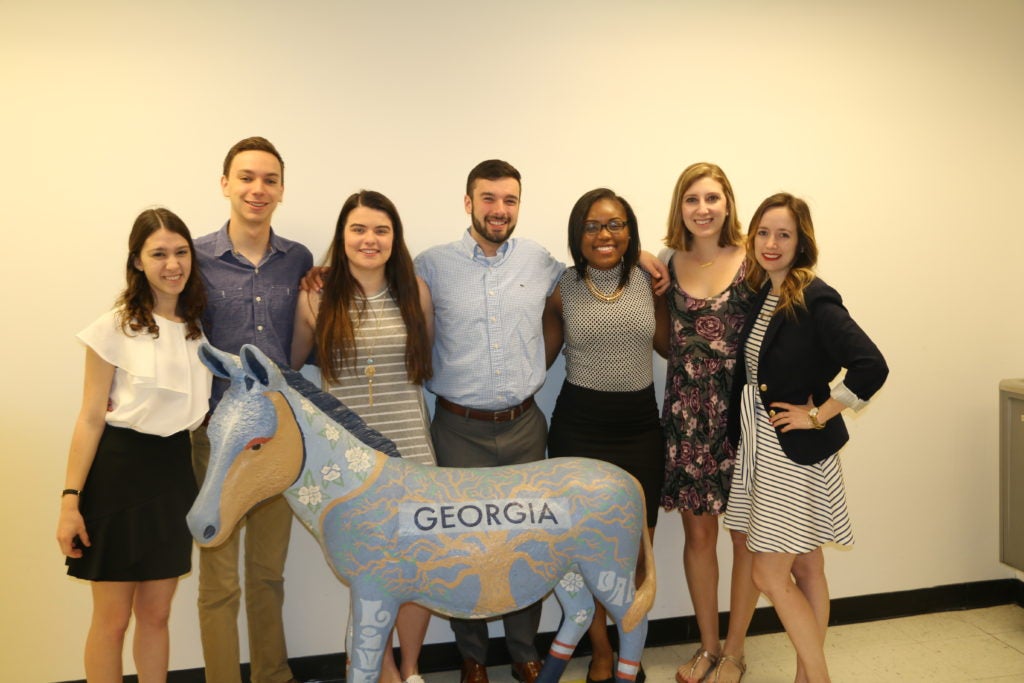 Back to Top
Day One Anchor

On the first day of the trip, six Georgetown students took a flight to Atlanta, grabbed breakfast in the classic Georgia way, at Waffle House, before meeting with Rebecca DeHart, the Executive Director of the Democratic Party of Georgia. DeHart shared substantial insights on the role of state parties in a special election, as well as on the current status and the future of the the Democratic Party of Georgia.

They then took a tour of some Atlanta landmarks – including the childhood home of Martin Luther King, Jr. – then met with Greg Bluestein, a political reporter for the Atlanta Journal-Constitution. Bluestein spoke on how the media is covering this election amid national attention as well as broader trends in the industry. Afterwards, the student group went to campaign offices of Bob Gray and Sally Harrell. Both offices offered lessons on what they’ve achieved and struggled with, and answered key questions from the Hoyas. 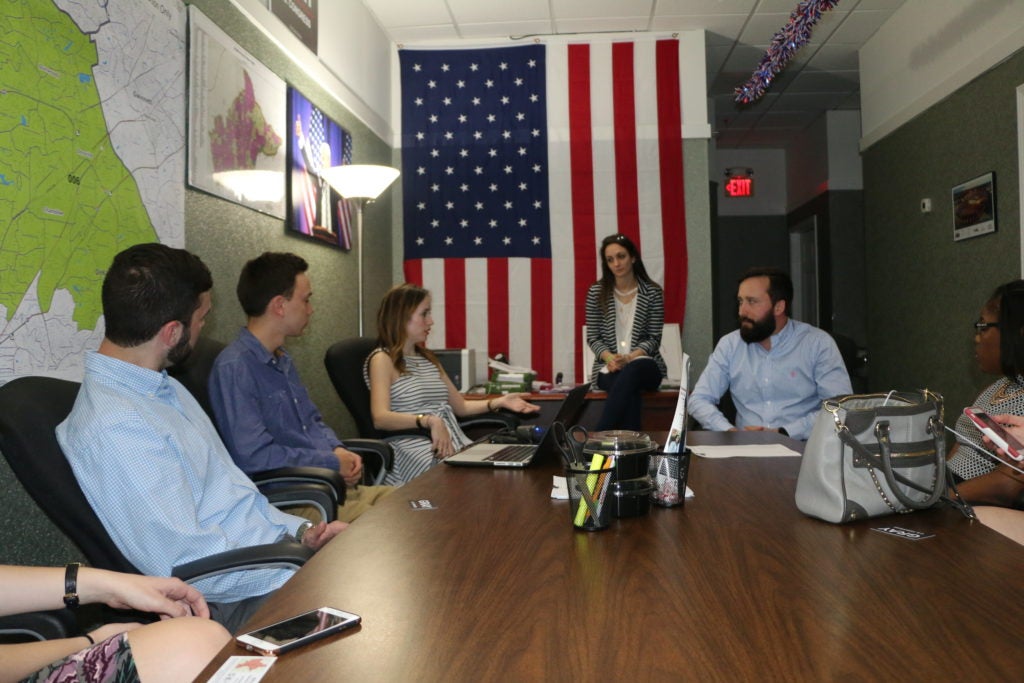 Back to Top
Day Two Anchor

Students started out their morning by heading to the campaign office of State Senator Judson Hill, who is one of the leading Republicans in the race. Senator Hill represented District 32 in the Georgia State Senate, which covers large portions of the 6th Congressional District. One of the few candidates in the race with actual political experience, he offered some insight into his day-to-day schedule, as well as how candidates can stand out in crowded races.

Then, they attended the opening of candidate Jon Ossoff’s new campaign office in Sandy Springs, the campaign’s fourth office. A fellow Hoya, Ossoff (SFS ‘09) took some time to share his hopes for how to #FlipThe6th, and about some concrete plans on how to actually do so in such a seemingly safe conservative district. Further, Ossoff offered some insights into how his Georgetown experiences and education brought him to where he is today. 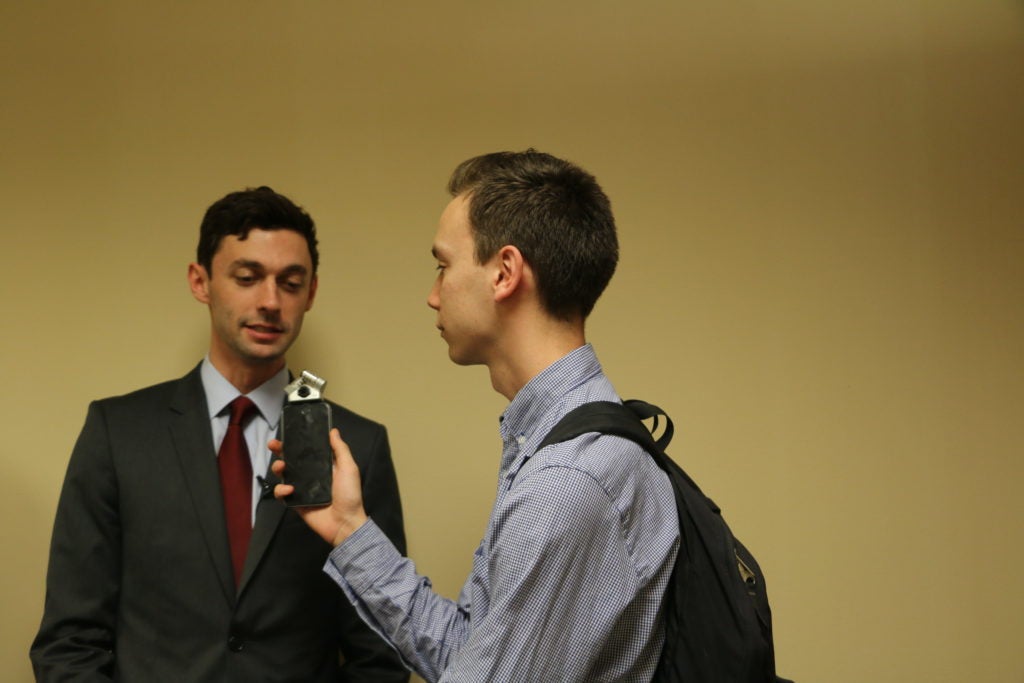 Looking back at their trip to Georgia, Hoyas wrote several articles and posts detailing their experiences.