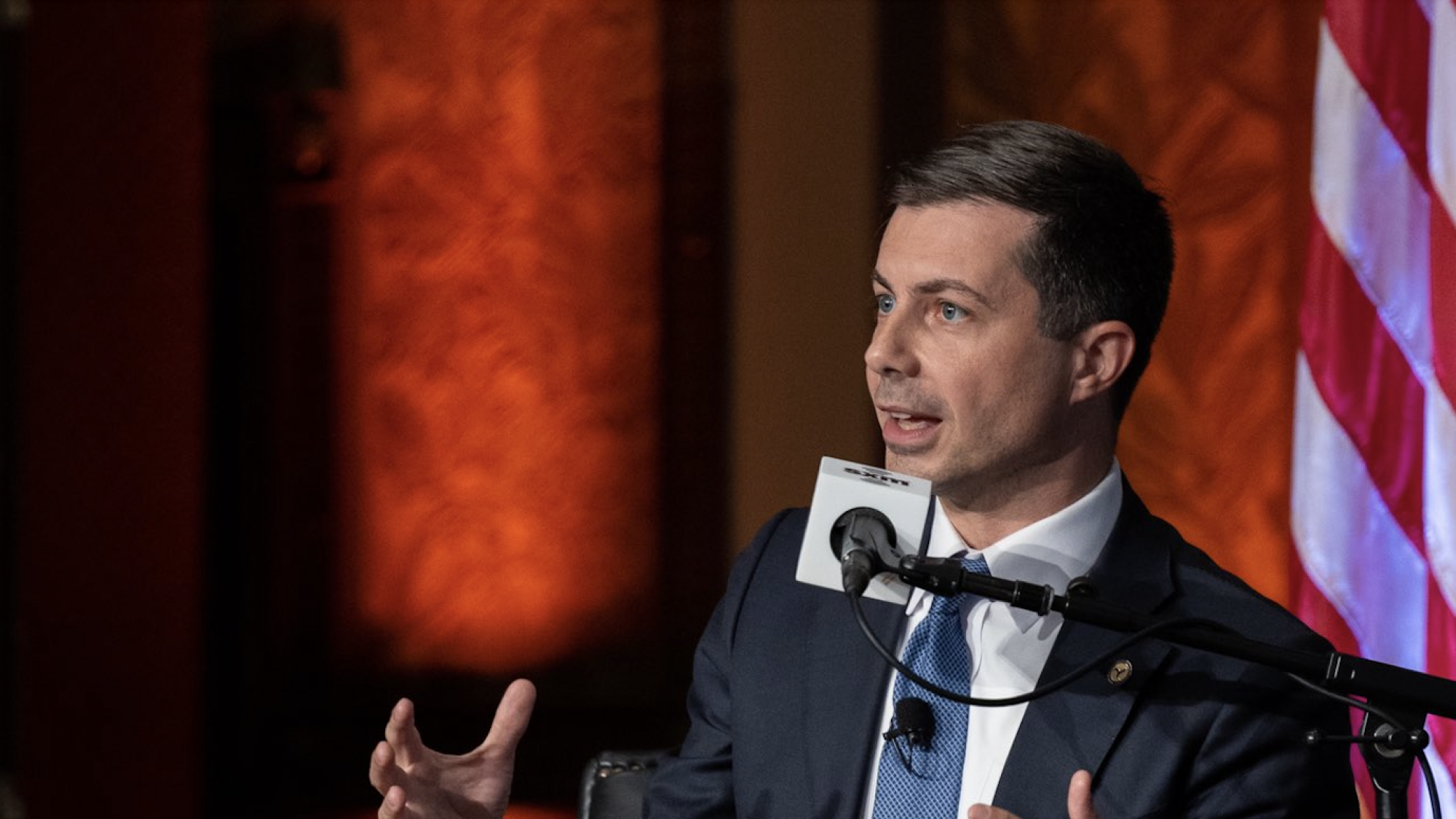 Secretary of Transportation Pete Buttigieg discussed new transportation and infrastructure policy, climate change and environmental justice, among other issues in a town hall-style discussion with students and faculty in Gaston Hall.

The former South Bend, Ind. mayor and 2020 presidential candidate touted the bipartisan infrastructure law that President Joe Biden signed in 2021 and called it a once-in-a-generation investment in transportation, including roads and highways, public transit and passenger rail.

“Think about what it means for there to be a safer, cleaner, faster way to get to where you need to be, for people and for goods,” Buttigieg said at the event. “And that’s what we have a chance to deliver on right now.”

While the U.S. Congress faces intense political gridlock on the majority of policy issues, transportation and infrastructure often serve as areas of agreement for the two parties, even when lawmakers don’t express full public support for the law, according to Buttigieg.

“It’s worth mentioning that quite a few Republicans crossed over in the Senate and a handful did in the House in order to work with Democrats and work with the president to get this done,” Buttigieg said. “And what I’ve noticed is whether someone voted for it or against it, they are perfectly happy to support the individual projects we’re funding with it, so that’s how you know it’s good policy.”

According to Buttigieg, the transportation sector is one of the largest emitters of greenhouse gasses in the U.S. and climate-related events including flooding, droughts and heat waves damage transportation and infrastructure.

“If we care about climate change, we have to make transportation part of the solution,” Buttigieg said. “And we are, by mode-shifting trips to less climate- or carbon-intensive ways to get around, like giving people better options for public transit, reducing the emissions impact of the trips we do take, like making sure everybody can afford and use EVs, and so on.”

Greenhouse gasses from transportation accounted for approximately 27% of emissions in the U.S. in 2020, largely due to increased demand for travel, perpetuating atmospheric warming and worsening climate conditions, according to a report from the U.S. Environmental Protection Agency (EPA).

Buttigieg said it is necessary to make the U.S. a more equitable country through infrastructure policies such as job creation and improved transportation quality.

“Good paying jobs, many of which are good-paying jobs that lead to good-paying careers that are available to people, whether you’ve got a college degree or not, are jobs that have historically not been open to workers of color and especially to women,” Buttigieg said. “We can change that, if we’re intentional about it.”

People of color and low-income people are disproportionately harmed by environmental hazards and are more likely to live in areas of high pollution; oil and gas corporations often place high polluting facilities in or near communities of color, which contributes to an inequitable distribution of health risks.

The Biden Administration and the EPA recently established a national office of environmental justice to advance the creation of a more equitable environment for communities of color living in highly polluted areas.

“We’ve got to deliver results that people can feel are making their lives better, not only because it’s why we’re all out here, it’s what policy and politics and government is supposed to do, but also because whether we can do that or not is going to be maybe the biggest driver of whether we have enough public trust to stay a democracy, imperfect though it is,” Buttigieg said. “Those are colossal stakes.”

This piece was originally written for The Hoya by Jared Carmeli. Watch a recording of the town hall here.