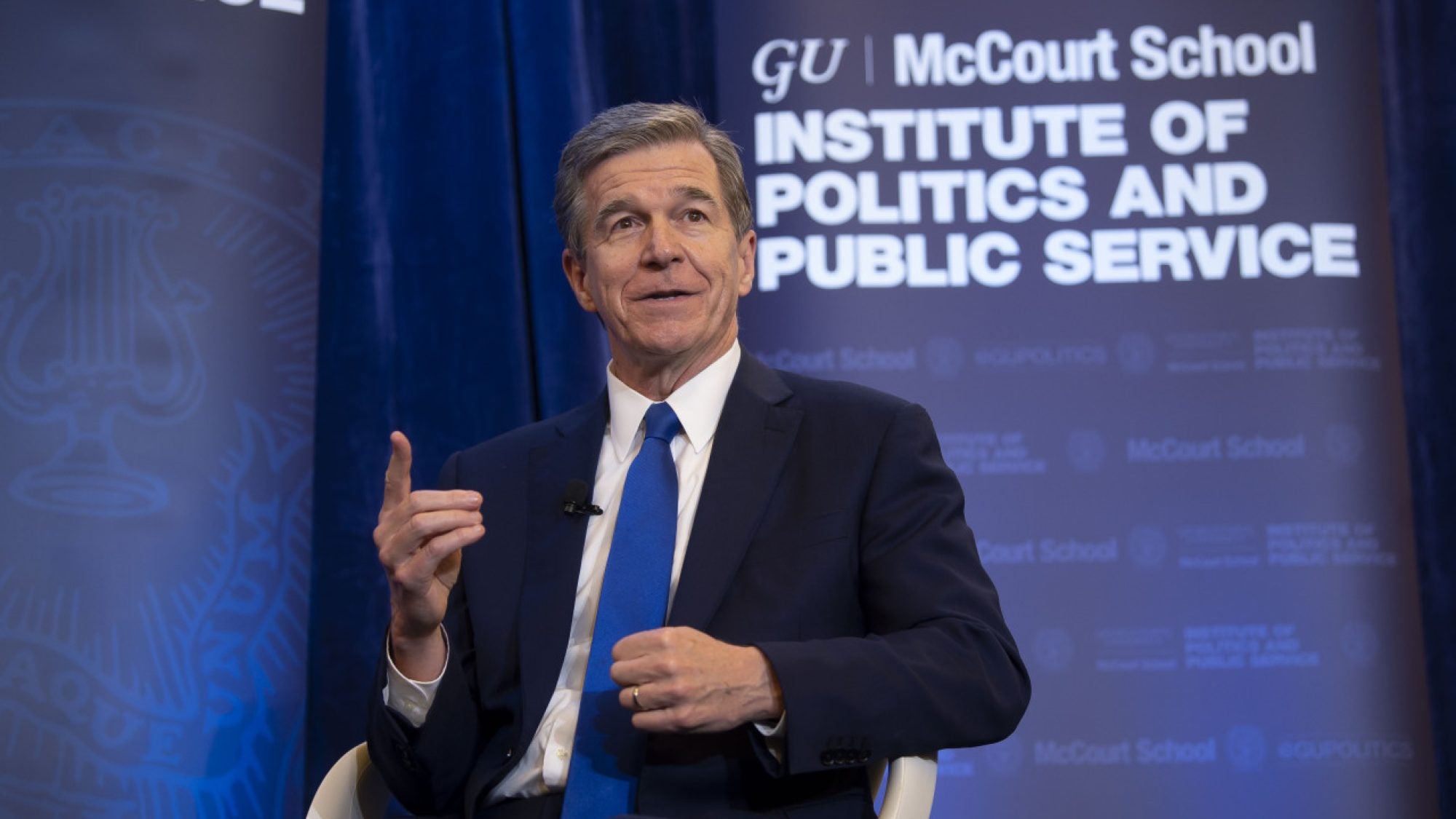 Georgetown University’s Institute of Politics and Public Service hosted a conversation with Governor Roy Cooper (D-N.C.). The Forum was moderated by the Institute’s Executive Director, Mo Elleithee, following a conversation with Governor Doug Ducey (R-Ariz.) the previous night as part of the Midterms 2022: What’s at Stake series, which is focused on the battle for statehouses.

Cooper, who also serves as Chair of the Democratic Governors Association (DGA), began by addressing the necessity of keeping gubernatorial seats in Democratic hands.

He called governors the “last line of defense” in the face of the Supreme Court stripping rights away and tossing controversial issues to state legislatures – noting his veto power in North Carolina not only keeps the right to abortion available to those in his state, but for individuals across the Southeast.

“Governors’ races have risen to the top of importance because your zip code shouldn’t determine your constitutional rights.”

Cooper also emphasized that who your governor is matters and argued young people should vote in gubernatorial elections – even during a period of polarization and apathy – because governors are the “CEOs of states” and can get things done.

“When Washington is paralyzed, you’ve got states that are taking action.”

Cooper believes the Democratic party can hold onto all incumbent governors seats, though he acknowledges there will be some tough races. He sees primary opportunities to add new Democratic governors in Maryland, Massachusetts and Arizona.

The main difficulty going into the midterms will be encouraging turnout in a year without a presidential election says Cooper. He says this fall people will only turn out if they’re angry, citing the Dobbs decision and January 6 as motivators for people to vote. “The momentum is shifting,” he says.

In particular, the overturn of reproductive rights has the ability to both energize the Democratic base and persuade moderate voters. Furthermore,  Cooper expressed his views that the extremism of Republican candidates going into the general election will ultimately thwart the Republican Party’s attempt to pick up blue states.

“It’s going to be tight across all of these swing states, just naturally, because Donald Trump almost won these states, so you know that element is there, and it’s going to be a tough race. But governors can cut through, and that’s why I think we’re going to win these races.

This article was written by Rachel Tao (C’25), GU Politics Student Associate. Watch a recording of the discussion here.