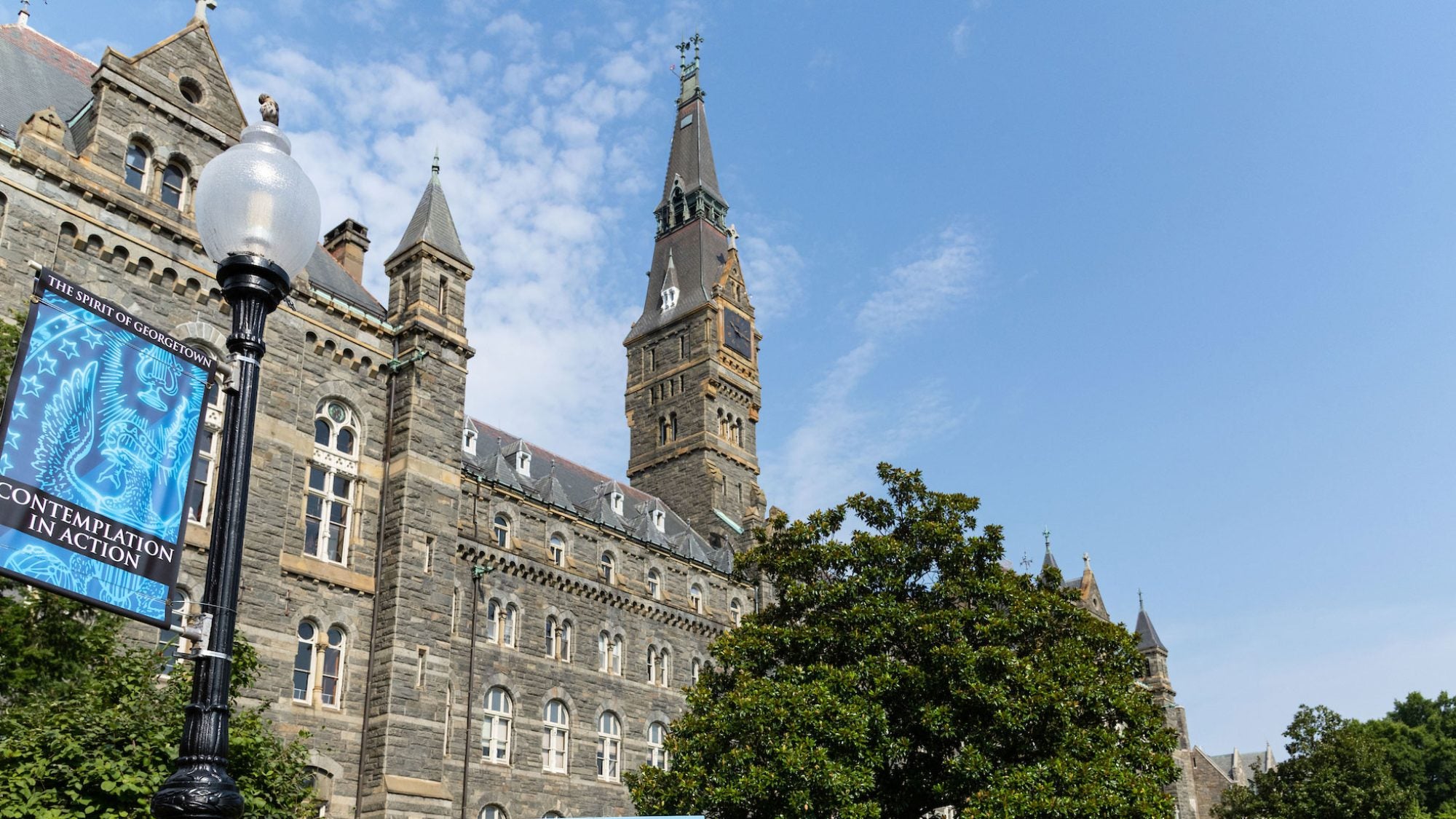 Despite deep concern about the current state of political polarization, majority of voters trust young people to turn things around

Washington, D.C. – One year into President Biden’s presidency and after the events of January 6th, 2021, voters express deep concern about growing political divisions in the country, but express optimism about the future, counting on young Americans who are committed to turning our country around.

According to the latest Georgetown Institute of Politics and Public Service (GU Politics) Battleground Civility Poll, 43% of voters believe politics in our country are less civil since President Biden took office, with 29% saying they are more civil and 27% who believe civility is about the same. Even more so, voters blame the COVID-19 crisis with two-thirds surveyed saying politics has gotten worse since the start of the pandemic and just 15% feeling politics has gotten better.

As a result, voters continue to rank political division as one of the most important issues facing the country (21%), along with the rising cost of living (23%) and jobs and the economy (22%).

Nearly six in ten (58%) voters say that the events of January 6th make it more likely that the country will have violent political protests in the future (with 38% strongly believing that), and only 23% say that the events made it less likely. There is a strong partisan split on this issue, however, with 80% of Democrats saying future political violence is more likely, as opposed to just 36% of Republicans who agree. Independents are more evenly split with 49% saying political violence is more likely

Overall, on a scale of 0 to 100, where “0” means there is no political division in the country and where “100” means there is political division on the edge of a civil war, Americans give a mean score of 70.36, which is very similar to, though slightly down from, the average number of 72.96 in October of 2021. When asked to predict the level of division one year from now, the mean response is 68.32, reflecting a modest amount of optimism but still relatively high.

The survey also asked voters to rate their level of respect for various individuals and organizations. The nation’s Governors topped the list with 58% of Americans saying they have a lot or some respect for their state’s governor. President Biden (54%), the Black Lives Matter Movement (54%), and Dr. Anthony Fauci (53%) join governors among the most respected individuals or organizations.

Fox News had the poorest rating on the list, with 61% of Americans saying they have little or no respect for the network, followed by former President Trump (57%), Senator Mitch McConnell (57%), Speaker Nancy Pelosi (56%).

Despite pessimism about the current state of polarization and direction of the country, over half (58%) of Americans expressed optimism about the future “because young people are committed to making this country a better place to live for everyone.” While this sentiment was shared across generational lines (74% of young voters and 61% of the oldest voters agree), the poll once again shows a partisan divide with 82% of Democrats, 51% of independents, but only 34% of Republicans agreeing.

“Politics and the pandemic are driving polarization, and voters continue to believe this is one of our country’s biggest challenges,” said Georgetown Institute of Politics and Public Service Executive Director Mo Elleithee. “When looking to the future, the bad news is that voters believe things are going to get worse before they get better. The good news, however, is that they believe things will get better. And that optimism is driven by a belief that young people are committed to making the country a better place to live for everyone.”

“The President has repeatedly talked about bringing more civil discourse to our politics. However, most voters (60%) think politics has been less civil. It is challenging to find common ground for growth when most voters think that ground has gotten less fertile over the last two years,” said Ed Goeas of The Tarrance Group. “It is a tribute to the fundamental optimism of the American electorate that voters continue to have hope for the future despite their reasonable frustrations with the present. The real question that cannot be answered with a survey is how we get the political environment to a point that that optimism can truly grow.”

“As has been the trend in the past several years of this poll, the numbers reveal that if there is one thing that unites America, it is the feeling that divisions in this country are running dangerously high,” said Celinda Lake of Lake Research Partners. “Easily the most positive piece of news out of the whole survey is that when confronted with the statement, “I am optimistic about the future because young people are committed to making this country a better place to live for everyone,” over half of Americans (58%) agree.”

The full Republican analysis by the Tarrance Group. The full Democratic analysis by Lake Research Partners.

No Dominant Unifying Issue
The latest poll results show one potential issue for President Biden and Democrats is there is no singular issue politicians can act on and expect to build significant voter goodwill. This is because voters’ concerns range from economic concerns like rising cost of living and jobs to health issues like COVID-19 and health care to national issues like immigration and climate change. And there is a clear partisan split, with Democrats significantly more concerned about COVID-19 and climate change, while Republicans are focused on fiscal issues and immigration, and Independents concerned about division in our nation.

Values
Perhaps echoing the current political debate over federal and local response to the pandemic, when presented with a list of values voters might look for in their leaders, the top three responses were freedom (33%), responsibility (23%), and respect (18%). Not surprisingly, there was a clear partisan split here as well. Republicans demonstrated an overwhelming preference for freedom (54%), while Democrats were more evenly split between their top two choices of responsibility (31%) and respect (25%), and Independents split between their top two choices of freedom (31%) and responsibility (24%).

Respect is a value that voters distribute in limited qualities. No political figure or entity has a lot of respect from more than two-in-five voters.

The latest GU Politics Battleground Civility Poll of 1,000 registered voters was pollster and former GU Politics Fellow Ed Goeas and Brian Nienaber of the Tarrance Group, and Democratic pollsters Celinda Lake, Daniel Gotoff, Sandra Markowitz, and McCauley Pugh of Lake Research Partners between January 22-27, 2022, and has a margin of error of + 3.5%.

To learn more about the poll, see the questionnaire, charts, tables, and analysis visit: https://politics.georgetown.edu/battleground-poll/

Academics, researchers, and journalists can also access the full dataset to assist in their own research and analyses. [Note: Any use of this data and material must credit the Georgetown Institute of Politics and Public Service Battleground and Civility Poll.]

With the GU Politics partnership, a Civility Poll was introduced in 2019 to track voter attitudes about polarization in politics.

ABOUT THE INSTITUTE OF POLITICS AND PUBLIC SERVICE:

The Institute of Politics and Public Service (GU Politics) connects and empowers students and the broader community to improve and reimagine politics and public service and reaffirm its promise. Founded as part of the McCourt School of Public Policy in the fall of 2015, GU Politics programming is open to the entire Georgetown community.