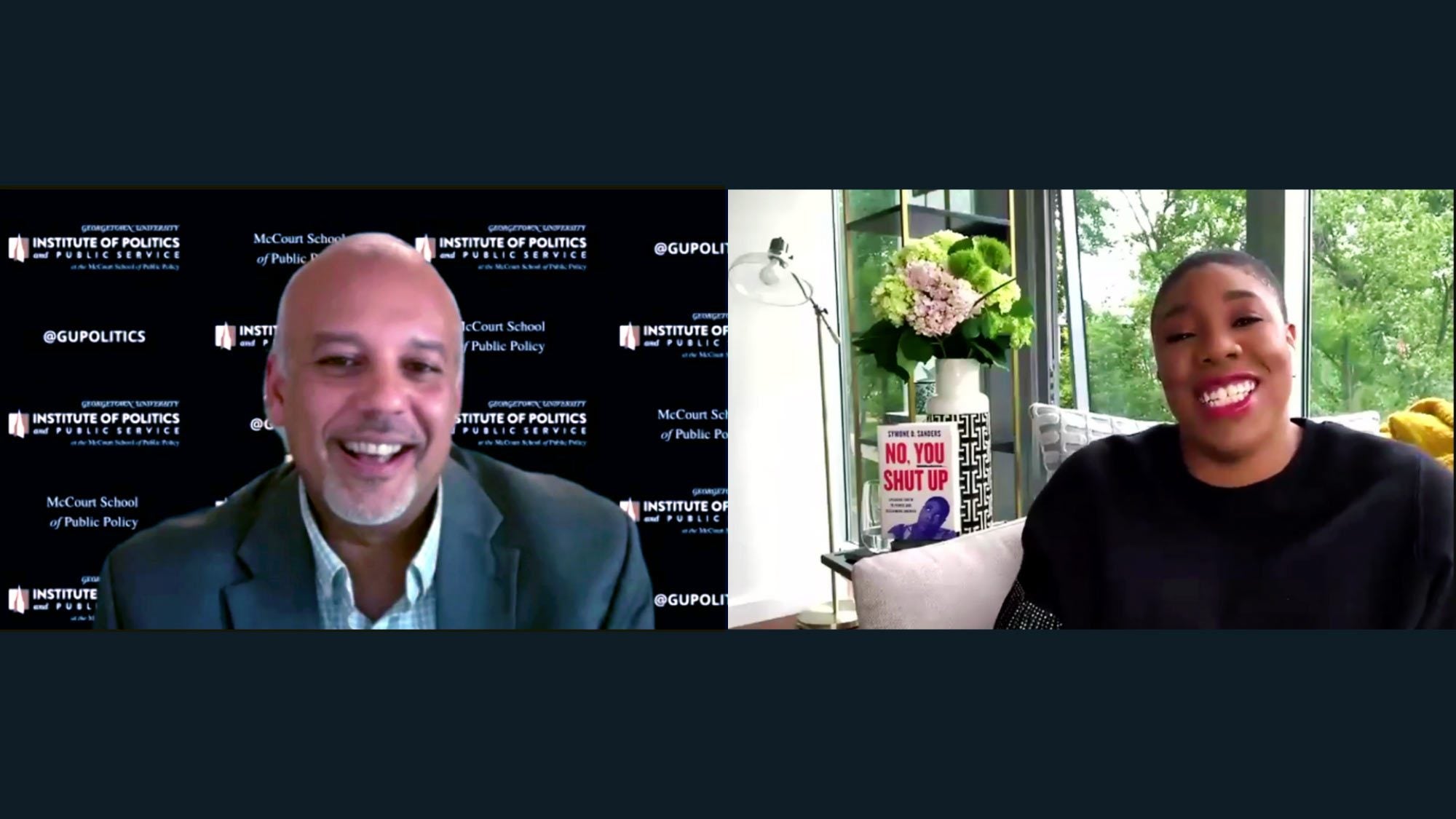 Symone Sanders, former national press secretary for Bernie Sanders’ 2016 primary campaign and now senior advisor to Joe Biden, spoke on her new book, No, You Shut Up: Speaking Truth to Power and Reclaiming America. She engaged with students “If I literally waited in my career for somebody to pick me, we wouldn’t be sitting here having this conversation, I wouldn’t have wrote a book, and I wouldn’t be super active in this election.” Sanders provided an abundance of advice on starting political careers, getting engaged, and being an agent for change. She repeatedly highlighted the massive potential that young voters today could play in local, state, and federal politics.