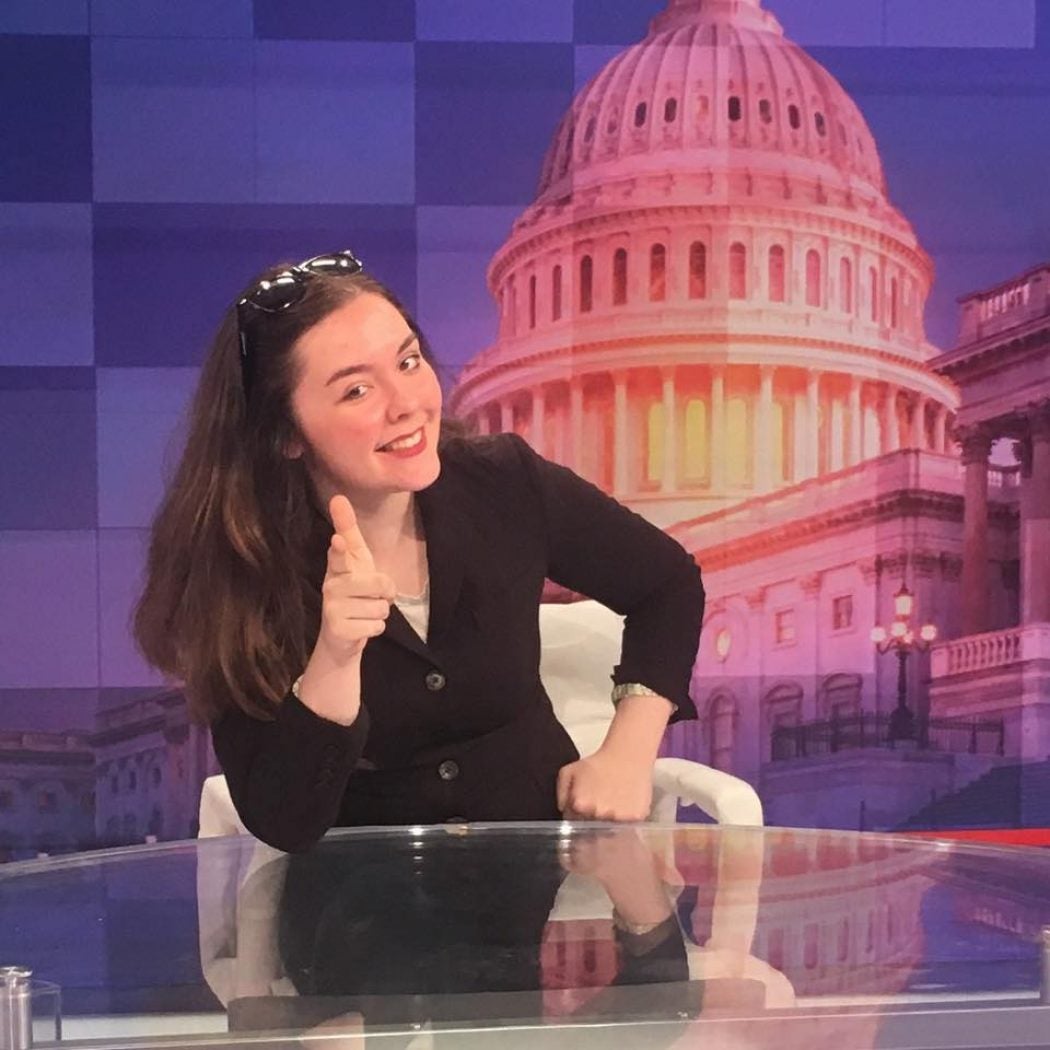 Alexandra Bowman is a political cartoonist, journalist, writer, illustrator and satirist. You can see her work with The Lincoln Project, and most recently, Our Daily Planet and John Kerry’s environmental organization, World War Zero. Alex is a senior at Georgetown double majoring in English and Art. She is also a first-year student in Georgetown’s AB/MA English Program; she will be graduating early with a master’s degree in May 2023. She hopes to work in political satire after graduation.

Alex has written articles on comedy, media, politics, and culture for Inside Higher Ed, the Georgetown Independent, and the Georgetown Footnote; she serves as a Contributing Writer to DC Metro Theater Arts. She also founded The Hilltop Show, a student-run political comedy web series with over 50 undergraduate and graduate student members from around the world—members hail from the United States, Europe, South America, and more—and serves as its host and Lead Satirical Writer.

Alex has created artwork for GU Politics, the National Wildlife Federation, BBC News, BBC Books, Voice of America, and more. And also Wingo’s. You can find her on Twitter at @scripta_bene.