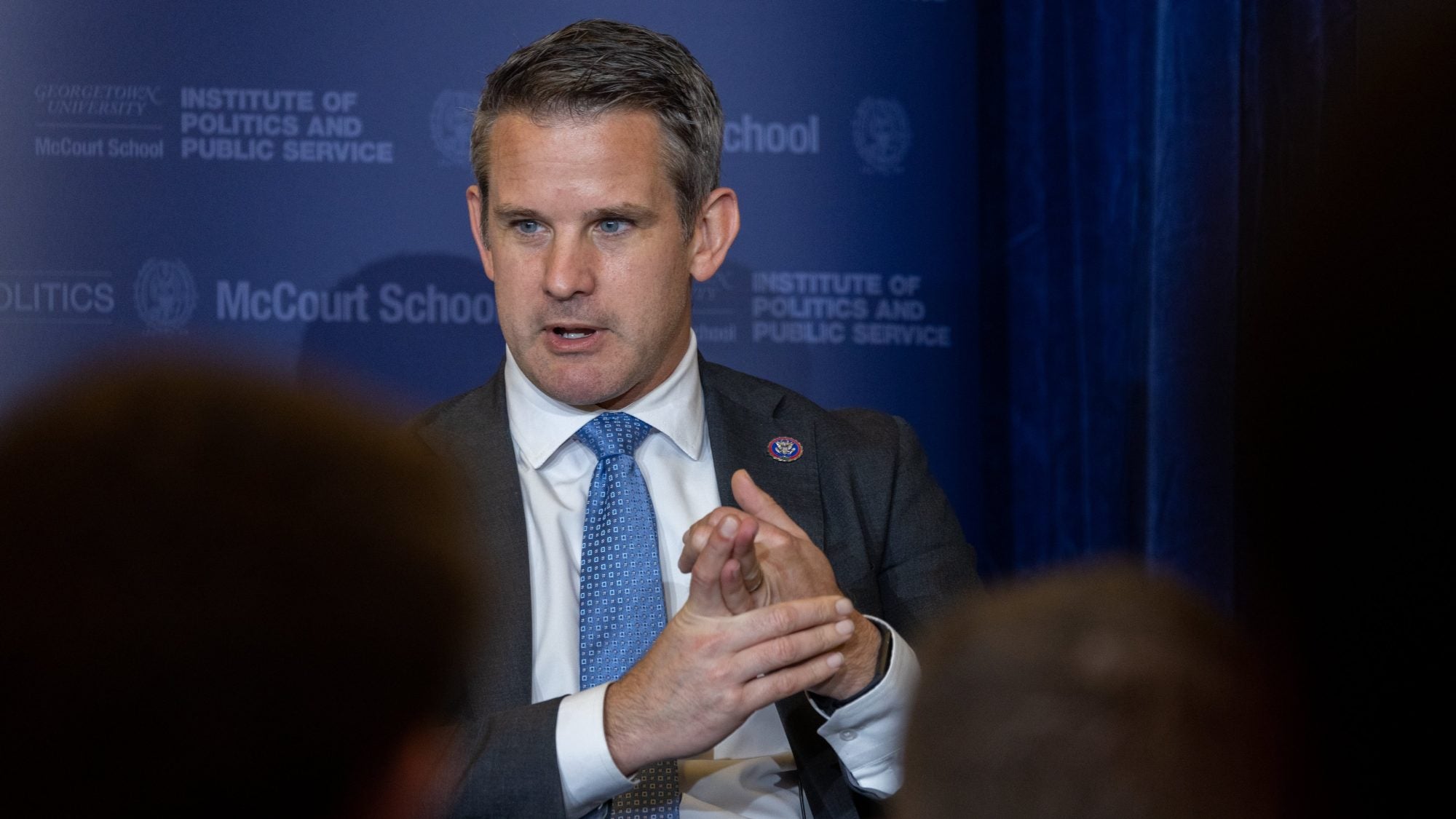 The Georgetown Institute of Politics and Public Service, along with the Georgetown College Republicans and the Bipartisan Coalition initiated the series “How to Heal,” a string of discussions with distinguished public servants on how to push through political polarization. In its inaugural event, GU Politics welcomed Adam Kinzinger (R), representative for Illinois’s 16th congressional district and a member of the January 6th Committee. Known for putting country above party, Rep. Kinzinger discusses the causes of political polarization, its impacts on unity, and how to cross the strict partisan divide in order to come together and heal socially, culturally, and politically.

“The only reason conflict exists is [because] conflict arises from fear.” – Rep. Kinzinger

Rep. Kinzinger attributes the source of political polarization to the fear that by straying from one’s political party, they will be left behind or not accepted. This plays into the concept of toxic tribalism, a crippling phenomenon Rep. Kinzinger discusses by which people are blindly loyal to a particular group and follow their dogma regardless of facts and the truth. Rep. Kinzinger is the founder of the organization Country First which aims to incentivize healthy dialogue and promote a brand of politics where it’s not a “win at all costs” sport. Rep. Kinzinger believes that we can combat toxic tribalism by “[trying] to find somebody that thinks differently from [us]and try to…see if [we]can just talk to each other and understand from each other’s eyes.”

“There’s no metric you can put on an issue and say this is ‘x’ important to you, it’s ‘y’ important to me. Here’s the mathematical solution: It is human interaction.” – Rep. Kinzinger

The key to combating political polarization and reaching compromise is to speak with people who have different opinions than yours. Too often, we see politicians and public servants who are unwilling to speak to the other side, which automatically minimizes the possibility for compromise. Rep. Kinzinger notes that in the United States, we have been “brainwashed” to believe that every issue is two-sided, associated with either Republicans or Democrats, even though there are “a bazillion” sides to every conflict.

Rep. Kinzinger’s final message to Georgetown students and the younger generation was that each individual has a personal responsibility to help combat political polarization even at a local level. There is the evident need to help end gerrymandering, which inherently increases polarization, but the way we can all individually support that goal is to “vote in primaries.” While participatory democracy is essential to upholding our nation’s founding ideals, Rep. Kinzinger suggests the most effective tactic for healing is when “people who have very different views recognize and look in each other’s eyes and say your fear is the exact same as mine; that disarms everybody and…you begin to see things sympathetically.”

This article was written by Mila Noshirvani, GU Politics’ Summer 2022 intern and rising Senior at the Georgetown Day School in Washington D.C.