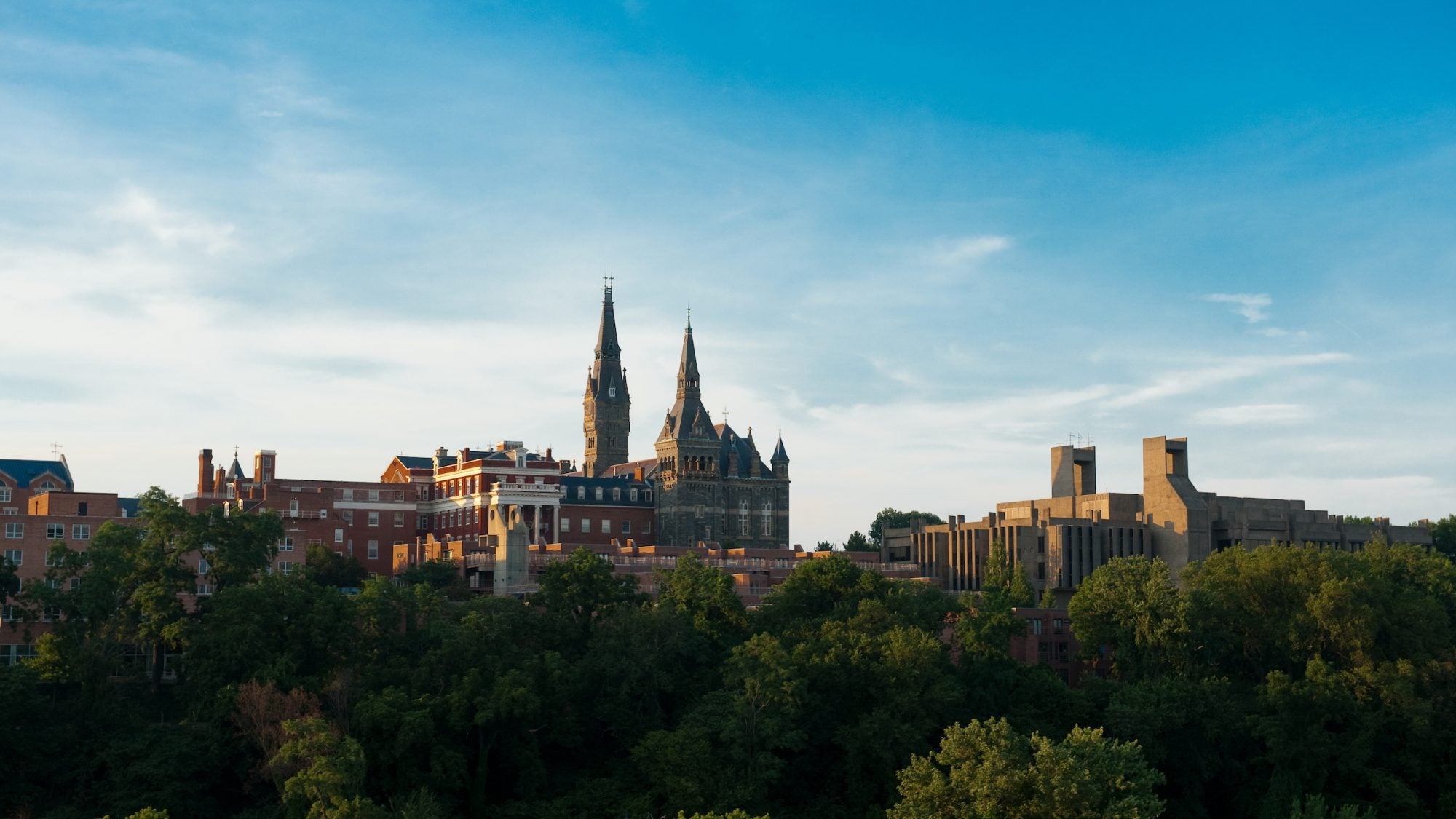 The Georgetown Institute of Politics and Public Service hosted a discussion with prominent Black journalists on the frontline of covering the intersection of race, media, politics and social justice.

GU Politics Fellows Wesley Lowery, pulitzer-prize journalist (CBS News), Errin Haines, founding member and Editor-At-Large (The 19th) and Eugene Scott, National Political Reporter (WaPo) joined us for an important conversation on how the media covers these topics and what they need to improve on in order to create better stories.

Scott, a DC native remembers growing up watching the local news and not seeing his community reflected. Scott said he knew early on that he wanted to be in media to help tell his community’s stories. His first journalism job was at BET News on a now-defunct show called Teen Summit.

Haines wasn’t sure what she wanted to study in college but she noticed her curiosity and love for storytelling, which is what ultimately led to her decision to pursue a career in journalism.

Scott and Haines agreed that they wanted to convey that there is more to the black community than crime and sports.

“I think historically there’s been a big push and pull among black journalists. We’re in a moment where most black journalists are eager to tell these stories but not very long ago it was something a lot of black journalists shied away from because they didn’t want to become typecast—that you’re only able to do the race and culture stuff.” — Wesley Lowery

Scott stressed the importance of opinions not only being seen as ‘this is what I feel and this is what I believe.’ He also noted that at respectable outlets, there are media organizations where people “spot” what they think is true and how that can be “problematic and hurtful” to news consumers.

“The best columns are filled with reporting and filled with facts and if student journalists aren’t doing that, they’re doing themselves a disservice, especially if they seek to build careers in journalism long term,” Scott said.

At the end of the discussion, Georgetown community members were able to ask the panelists questions about journalism and their work. One student, Emily, from the School of Foreign Service asked how the panelists found themselves finding communities of care in terms of addressing mental health, well-being and how this plays a part in journalism currently and in the future.

Wesley responded by stating that the mindset or assumption was that the journalism institution or organization needed protecting.