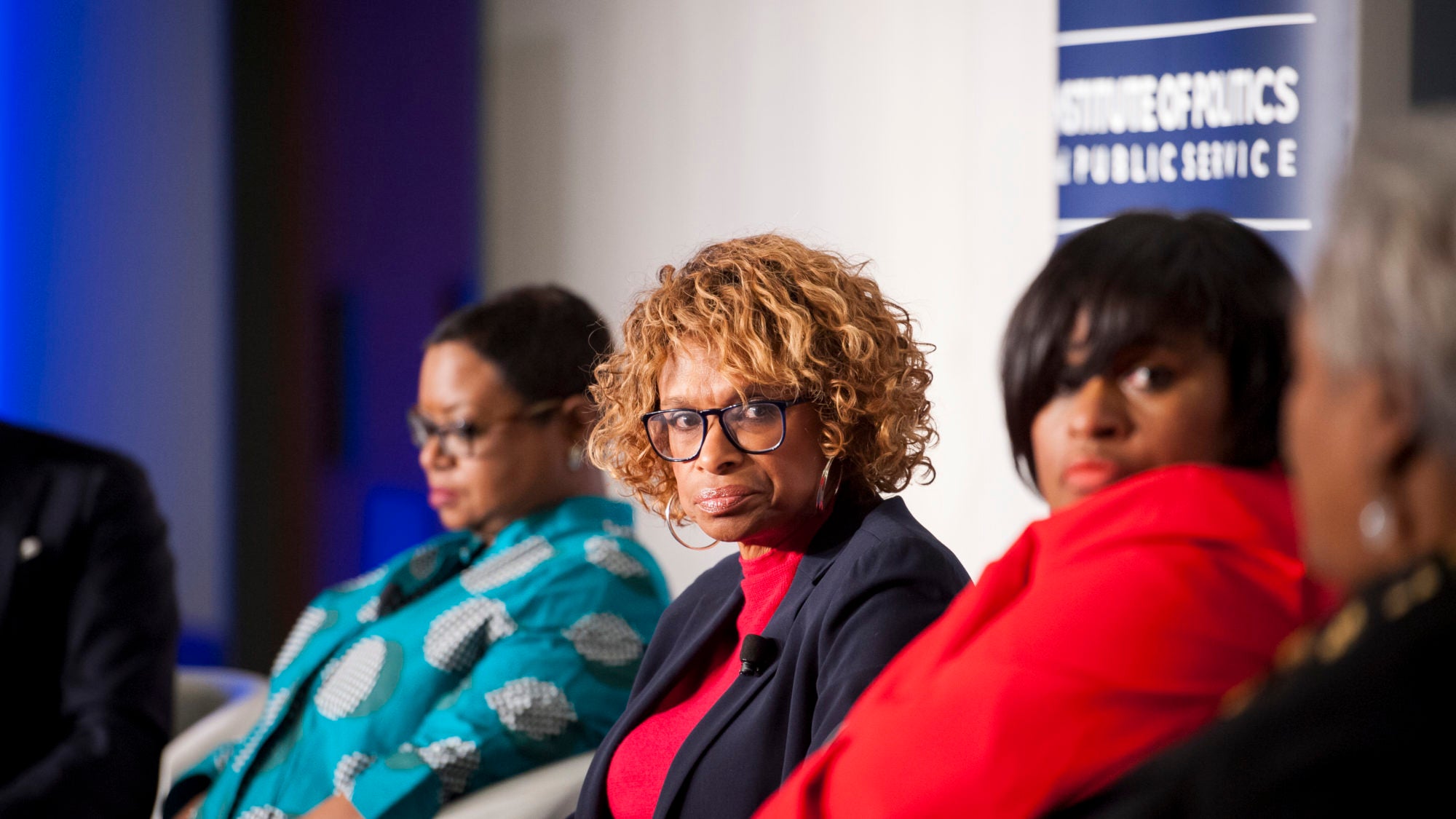 Title: Political Pageturners: For Colored Girls Who Have Considered Politics

On January 23rd, 2019, GU Politics welcomed the four co-authors of the book, For Colored Girls Who Have Considered Politics, for a Political Pageturners event.

Donna Brazile, Yolanda Caraway, Leah Daughtry, and Minyon Moore, the authors of For Colored Girls Who Have Considered Politics for a discussion and book signing. Donna Brazile was the former Chair of the Democratic Party, and campaign manager for Al Gore for President in 2000. Yolanda Caraway was the former Director of the DNC’s Fairness Commission, and Chief of Staff for Jesse Jackson for President in 1988. Leah Daughtry was the CEO of both the 2016 and 2008 Democratic National Convention Committees, and Chief of Staff to Howard Dean during his tenure as Chair of the DNC. Minyon Moore was the Political Director of the Clinton White House, and CEO of the DNC. Their book provides a look at their various experiences and particular advice and tips for the newest generation of political activists.

In a conversation moderated by Jonathan Capehart, Washington Post journalist and a current GU Politics Fellow, the discussion detail the authors’ time at the center of Democratic national politics and the changing nature of American politics between 1984 and 2016.